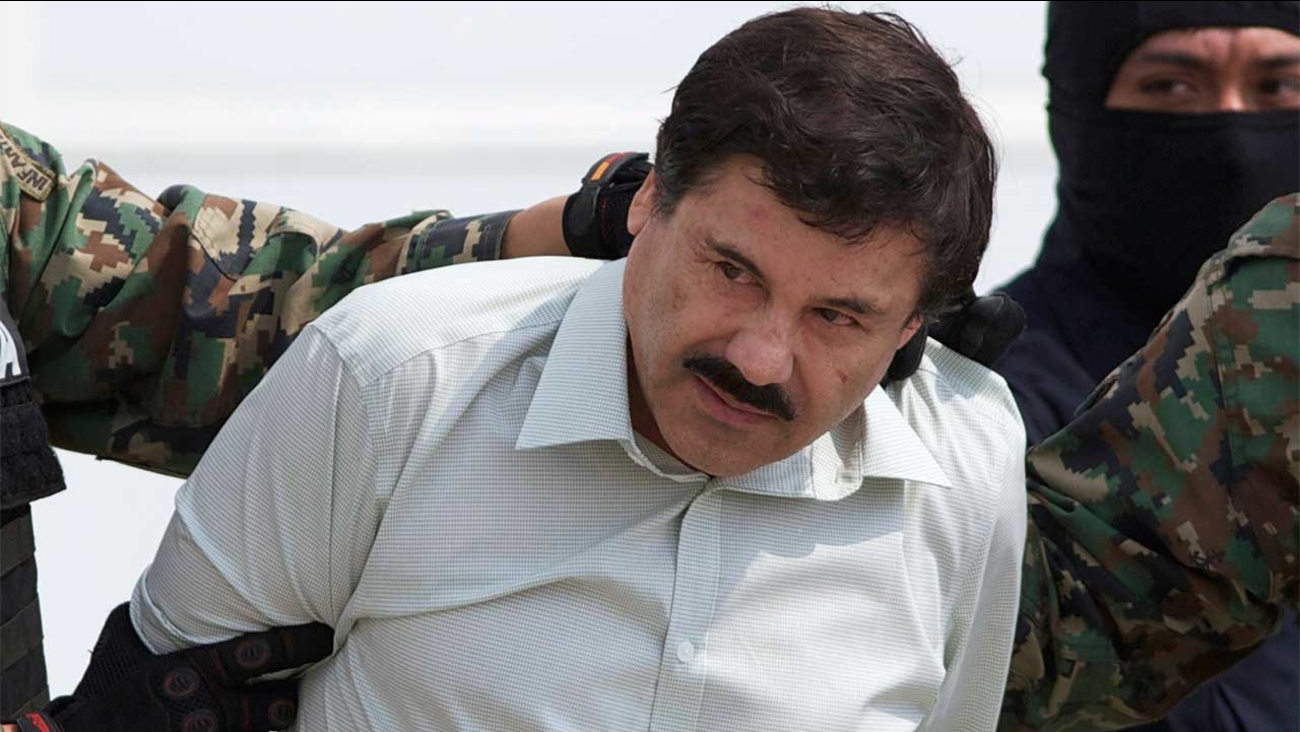 Joaquin "El Chapo" Guzman, head of Mexico's Sinaloa Cartel, is escorted to a helicopter in Mexico City, following his capture overnight in the beach resort town of Mazatlan. (Eduardo Verdugo)

The world's most wanted drug trafficker was arrested early Friday after a shootout in Los Mochis in his home state of Culiacan, six months after he embarrassed the government of President Enrique Pena Nieto by escaping for Mexico's most-secure prison. Five people were killed during the operation that led to the recapture of Guzman, who has twice escaped from prison.

Mexico Attorney General Arely Gomez had said on Friday that Guzman's contact with actors and producers for a possible biopic helped give law enforcement a new lead on tracking and capturing the world's most notorious drug kingpin.

On Saturday, a Mexican official said it was the Penn interview that led authorities to Guzman in a rural part of Durango state in October. The official spoke on condition of anonymity because he was not allowed to comment. Authorities aborted their raid at the time because he was with two women and child. But they were able to track him to Los Mochis, Sinaloa, were he was captured.

The interview between Guzman and Penn, purportedly held in late 2015 in a hideout in Mexico, appeared late Saturday on the website of Rolling Stone magazine.

In it, the actor describes the complicated security measures he took to meet the drug lord. The men discuss topics ranging from drug trafficking to the Middle East.

When asked about whether he is responsible for the high level of drug addiction in the world, Guzman purportedly responds: "No, that is false, because the day I don't exist, it's not going to decrease in any way at all. Drug trafficking? That's false."

The magazine says the meeting was brokered by Mexican actress Kate del Castillo. Its website has a two-minute video it says is the first ever exclusive interview with Guzman. It is in Spanish and in it Guzman sits in front of a chain link face and speaks to a camera. He is wearing a print blue shirt and dark baseball cap, but his face is clearly visible. Accompanying the article is a picture of Penn shaking hands with Guzman.

Asked about who is to blame for drug trafficking, Guzman is quoted as saying: "If there was no consumption, there would be no sales. It is true that consumption, day after day, becomes bigger and bigger. So it sells and sells."

Earlier Saturday, a federal law enforcement official said that Mexico is willing to extradite Guzman to the United States, a sharp reversal from the official position after his last capture in 2014.

"Mexico is ready. There are plans to cooperate with the U.S.," said the Mexican official, who spoke on condition anonymity because he wasn't authorized to comment.

Top officials in the party of President Enrique Pena Nieto also floated the idea of extradition, which they had flatly ruled out before Guzman's embarrassing escape from Mexico's top maximum security prison on July 11 - his second from a Mexican prison.

Guzman was apprehended after a shootout between gunmen and Mexican marines at a home in Los Mochis, a seaside city in Guzman's home state of Sinaloa.

The operation resulted from six months of investigation by Mexican forces, said Gomez.

Following his capture, the head of the powerful Sinaloa Cartel was brought to Mexico City's airport, frog-marched to a helicopter before news media, and flown back to the same prison he'd fled.

Then-Attorney General Jesus Murillo Karam said the extradition would happen only after he finished his sentence in Mexico in "300 or 400 years."

Then Guzman escaped on July 11 under the noses of guards and prison officials at Mexico's most secure lock-up, slipping out an elaborate tunnel that showed the depth of the country's corruption while thoroughly embarrassing Pena Nieto's administration.

He also escaped a different maximum-security facility in 2001 while serving a 20-year sentence. Lore says he hid in a laundry cart, though many dispute that version. He spent 13 years on the lam.

The marines were met with gunfire as they closed in.

What happens now is crucial for Guzman, whose cartel smuggles multi-ton shipments of cocaine and marijuana as well as manufacturing and transporting methamphetamines and heroin, mostly to the U.S.

According to a statement from the Mexican Attorney General's office, the U.S. filed extradition requests June 25, while Guzman was in custody, and another Sep. 3, after he escaped. The Mexican government determined they were valid within the extradition treaty and sent them to a panel of federal judges, who gave orders for detention on July 29 and Sept. 8, after Guzman had escaped.

Those orders were not for extradition but just for Guzman to begin the extradition hearing process. Now that he is recapture, Mexico has to start processing the extradition requests anew, according to the law.

The quickest he could be extradited would be six months, said a federal official who spoke on condition of anonymity, but it's not likely because lawyers file appeals. He said that they are usually turned down, but each one means a judge has to schedule a hearing.

"That can take weeks or months, and that delays the extradition," he said. "We've had cases that take six years."

The attorney general's office noted that Guzman's lawyers have already filed various appeals, some overruled and some still pending.

"He shouldn't be extradited to the United States or any other foreign country," Guzman's lawyer, Badillo, said Saturday. "Mexico has laws grounded in the constitution. Our country must respect national sovereignty, the sovereignty of its institutions to impart justice."
Related topics:
u.s. & world
Copyright © 2020 by The Associated Press. All Rights Reserved.
U.S. & WORLD 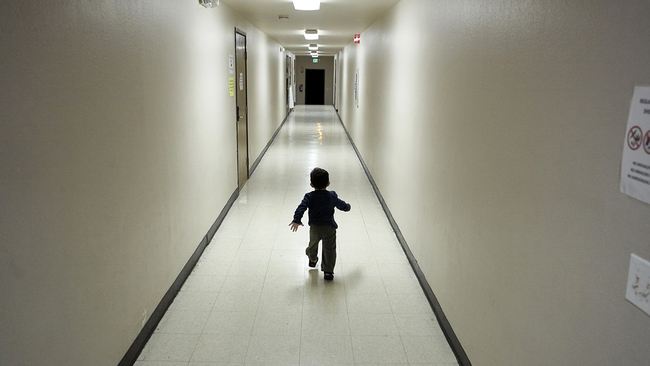 Report: US knew of problems family separation would cause