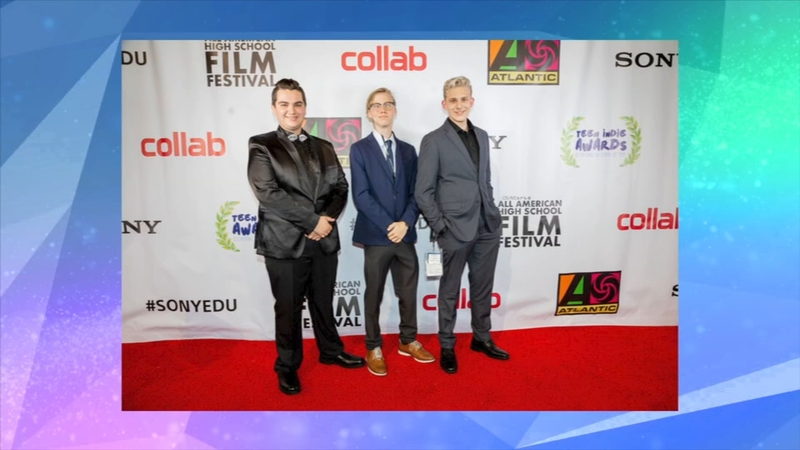 VISALIA, Calif. (KFSN) -- A sci-fi thriller created by teenagers in Visalia is getting national attention.

"It came about when I made a Halloween costume. It was an alien thing I made out of foam," said Noah Lillywhite, student filmmaker.

Noah's film teacher came up with an idea.

"He suggested that I use the costume to make a film this year because during covid we didn't have much going on. So then I started writing a script," Lillywhite said.

"I was first approached by Noah, he contacted me saying I'm going to make a costume for Halloween want to make a film, and I'm like ok sure," said Kai Willey, student filmmaker.

"We spent a couple of weeks working on the script not too long, then we got to shooting over Christmas break," Lillywhite said.

"People had hazmat masks on and hazmat suits, but we stayed apart as much as we could. We sanitized constantly," said Samuel Zurek, student filmmaker.

"It's about a loner named Matthew, and he finds himself stressed out and wanting to get away from his work and his daily life, so he talks to his alien," said Lillywhite.

"She takes it the wrong way and contacts an alien life form, and it leads to a series of events," said Lillywhite.

The seniors are part of a four-year film program offered at El Diamante High School in Visalia.

"Our program laid the ground work for them a lot of it they were able to do independently, which is what we want for them to be creative on their own," said media arts teacher Spencer Carr.

The film won Best in Show at the 2021 Slick Rock Student Film Festival and showed at over a dozen other festivals.

"Hearing all this good feedback - a lot of this stuff we do because we like it. It was ground work to spread our story and see our film on the big screen," Zurek said.

The group took home a student Emmy and were nominated for best sci-fi at the all-American high school film festival in New York City.

"Three kids from Visalia, a little dot in California. We went to New York big city, and we see all these filmmakers there, and we just thought this is our place," Wiley said.

"The first person I called was my mom. I had to tell my mom it was surreal," Zurek said.

"I'm just very proud to see them grow and mature not only as people but as filmmakers and artists," Carr said.

"I learned that kids our age are capable of big things, to see our film up there Incursion with our names under it that's something no one can imagine," Wiley said.