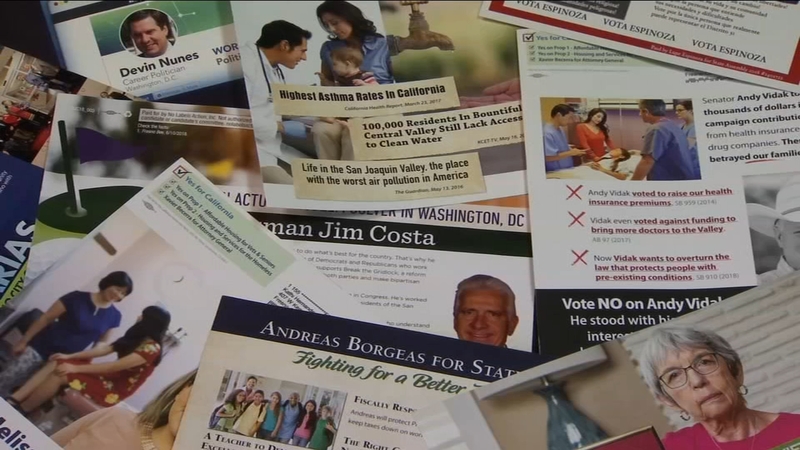 With two weeks to go until the election, the campaign mailers just keep on coming. Whether we want them or not.

Whether it gets read or not, printers are doing a booming business. Trade Lithography is one of the states biggest.

"Daily we are probably shipping out 40 to 50,000 pounds of political mail," said John Lompa with Trade Lithography.

With so much, it's obvious a lot of it gets lost in the shuffle. But, campaigns say they just can't afford to overlook direct mail.

"We are not going to leave any stone un-turned here in CA 22, so while direct mail may seem old-fashioned there's some great research that shows it's a good way to target audiences, particularly audiences that are older," said Heather Grevan with the Janz campaign.

But how much gets read, and does it have an influence on voters?

Majority of people Action News talked to said they don't read the campaign mailers and claim those mailers don't really influence their vote.

But, be careful where you toss it. It cost millions to produce, and still has some value, to the recyclers like Robert Reed.

"We want to make sure people recycle all their postcards, all their envelopes any form of paper, including election mail," said Reed.