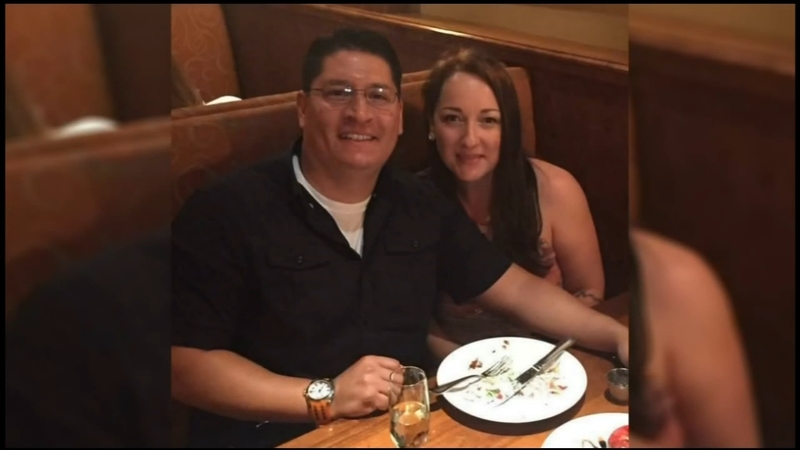 FRESNO, Calif. (KFSN) -- A day after a Fresno Police Officer and his family were seriously hurt in a car crash, there is still a concern for Officer Eloy Escareno's wife Maribel.

She suffered major head trauma during the collision.

The Fresno Police Chief Jerry Dyer says veteran Officer Eloy Escareno is conscious but still has a breathing tube in.

"The most he can do is squeeze your hand, but he is alert. He understands whose in the room and incredible progress," Chief Dyer said.

Chief Dyer says Eloy is anxious to see his wife as soon as possible.

"All of this right now is really dependent on what her condition is and what his condition is this afternoon," says Chief Dyer.

Maribel Escareno's condition is the most serious. Although the impact was on Eloy's driver's side she was also in the front seat and suffered great trauma from the collision. Chief Dyer says no medication or surgery can improve her prognosis. Doctors are simply monitoring her brain status.

"Both of them were seriously injured, but the head trauma that she has now experienced is what's causing the complications," said Chief Dyer.

Escareno's 6-year-old niece is also in the hospital and suffered a brain bleed. Her condition is stable.

The crash happened Sunday morning as the officer turned left on Highway 180 from Bethel. Another driver who was headed Eastbound in the fast lane struck the family.

"He failed to stop at the red light, so he failed to stop so he's at fault we know that already. So it's just unfortunate the family," said CHP Public Information Officer Victor Taylor.

Highway 180 between DeWolf to Smith Avenue has been an area where officers have been called too often. Along the eight-mile stretch, officers have responded to 42 crashed this year alone. A crash at 180 and McCall involving a motorcyclist was deadly. Officers say many of the problems are at intersections.

The driver who hit the Escareno family was not cited. But the crash will be on his driving record.

Chief Dyer says for now his priority is ensuring the Escareno's are surrounded with love and covered in prayer.

In addition, an officer will remain with the family 24 hours a day while they are in the hospital.