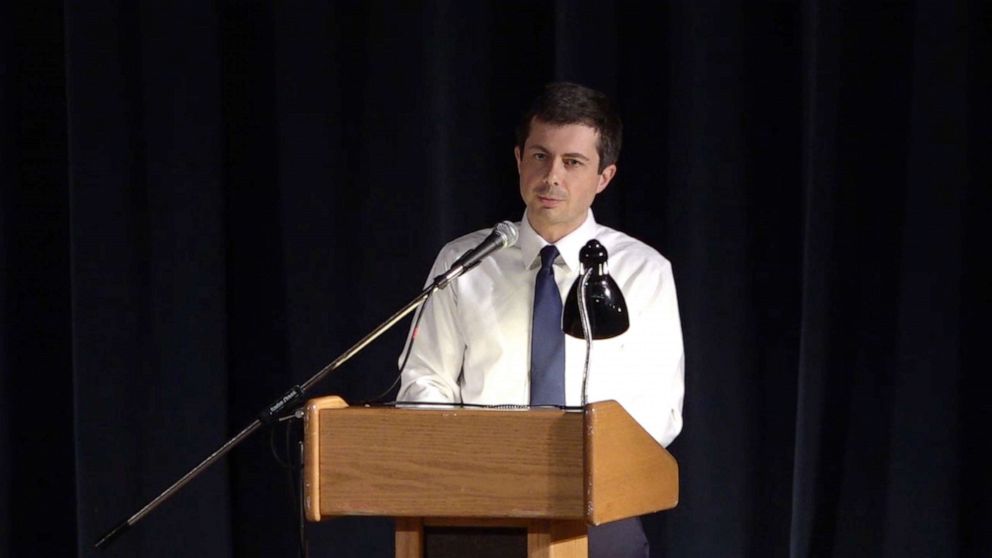 Mayor Pete Buttigieg is facing the biggest test of his presidential campaign so far: the fallout stemming from an incident in which a white police officer fatally shot a black man in his hometown of South Bend, Indiana.

On Sunday afternoon, the presidential hopeful appeared before hundreds of community members inside the Washington High School auditorium at a town hall that was at times angry, passionate and tense. Members of the community vented their frustration, not only about this recent fatal shooting, but a long history of distrust between the police department and the black community of South Bend.

Eric Logan was shot and killed on June 16 by Sgt. Ryan O'Neill, after he was allegedly caught breaking into cars, and allegedly approached O'Neill with a knife.

The shooting forced Buttigieg off the campaign trail, cancelling a speaking event in New York City and fundraisers in California. In a last-minute decision, Buttigieg also decided to skip Rep. Jim Clyburn's Fish Fry on Friday night, which other Democratic presidential candidates attended, so he could go to a protest and march in South Bend.

The mayor spent a majority of his week in South Bend, speaking with the victim's family and members of the community. He also directed his police chief to turn on all body cameras when engaging with civilians.

During Sunday's town hall, he said he will also send a letter to the Department of Justice asking them to investigate the incident.

When Buttigieg was introduced alongside South Bend Police Chief Scott Ruszkowski to people gathered in the auditorium, he was met by both boos and applause.

During the two hour event, the mayor was interrupted countless times, though some came to his defense, yelling at hecklers to let him speak so they could hear what he had to say.

Often appearing composed on the campaign trail, Buttigieg maintained his calm for the most part, only speaking up when he became frustrated that he was being interrupted.

Anger surrounding the police shooting came from both black and white residents of South Bend, who demanded changes to the police department.

The first person to ask a question came to the mayor's defense, but was interrupted several times.

"Give him a chance. Pete Buttigieg is a good mayor," he said, adding that he's frustrated with crime in the community. "We are killing each other."

Another woman took the mic and yelled advice to the mayor on how he could help an "oppressed society."

"There are ways to assess the way people think. Do you understand? Get the people that are racist off the streets! Reorganize your department!"

Buttigieg responded by saying that if anyone on patrol "is shown to be a racist or to do something racist in a way that is substantiated, that is their last day on the street."

His answer was met with heckling from the crowd.

Speaking to reporters after the event, Buttigieg said the town hall was "an experience where a lot of pain and a lot of hurt, but also a lot of ideas came out."

Many people who attended the event said they were grateful that the mayor showed up, but his campaign stops in South Carolina on Saturday were not lost on at least one person.

"You got to get back to South Carolina like you were yesterday," a man shouted at the mayor.

Buttigieg said despite what's happening in South Bend, he still plans on attending the first Democratic presidential debate in Miami this week, adding he will continue to "serve this community to the best of my ability."
Report a correction or typo
Related topics:
abc newsnational
Copyright © 2020 ABC News Internet Ventures.
More Videos
From CNN Newsource affiliates
TOP STORIES