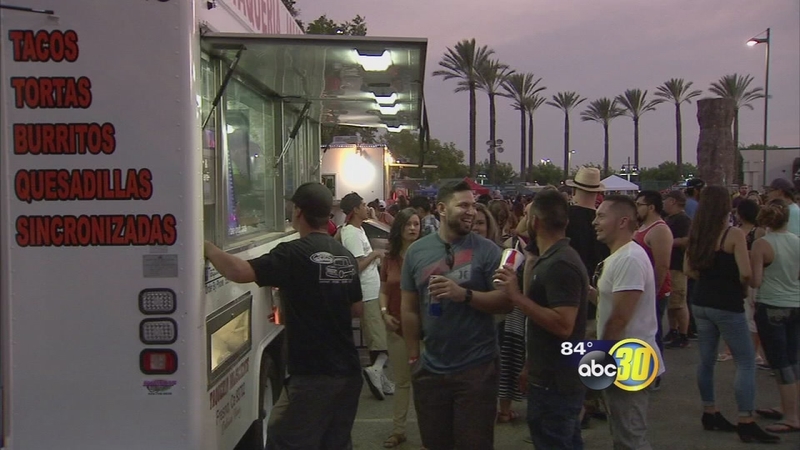 For most people, nothing beats the taste of a homemade taco-- or in this case thousands of homemade tacos. Hundreds came out to the event held at Chuckchansi Park.

"It's Taco Throwdown. I kinda of have to live it up," said Torres Oscar, Fresno.

This was an event Vince Mancini-- one of the judges-- drove all the way down from the bay area for. His goal, outside of voting for the best tasting taco, was to eat at every single taco truck. He documented his taco fever journey all over Twitter and recorded the moment he took his last bite. But Macini says don't be fooled-- making it to the end was no easy feat.

"After a while, you just hit a wall, and then I start dragging my feet. Get that taco limp going. Yeah, there's nothing you can do at a certain point-- I'm sweating-- all pitted out."

Organizers for the event said more than 30 food trucks lined up outside The Chuk-- which is more than any year in the past. Juan Bravo was one of them. He said it's his third year participating and it likely won't be his last.

"Is it good for business? Very good for business. Well a lot of people get to see you at one spot and they can ask you if you do catered events, birthday parties, so it's really good publicity."