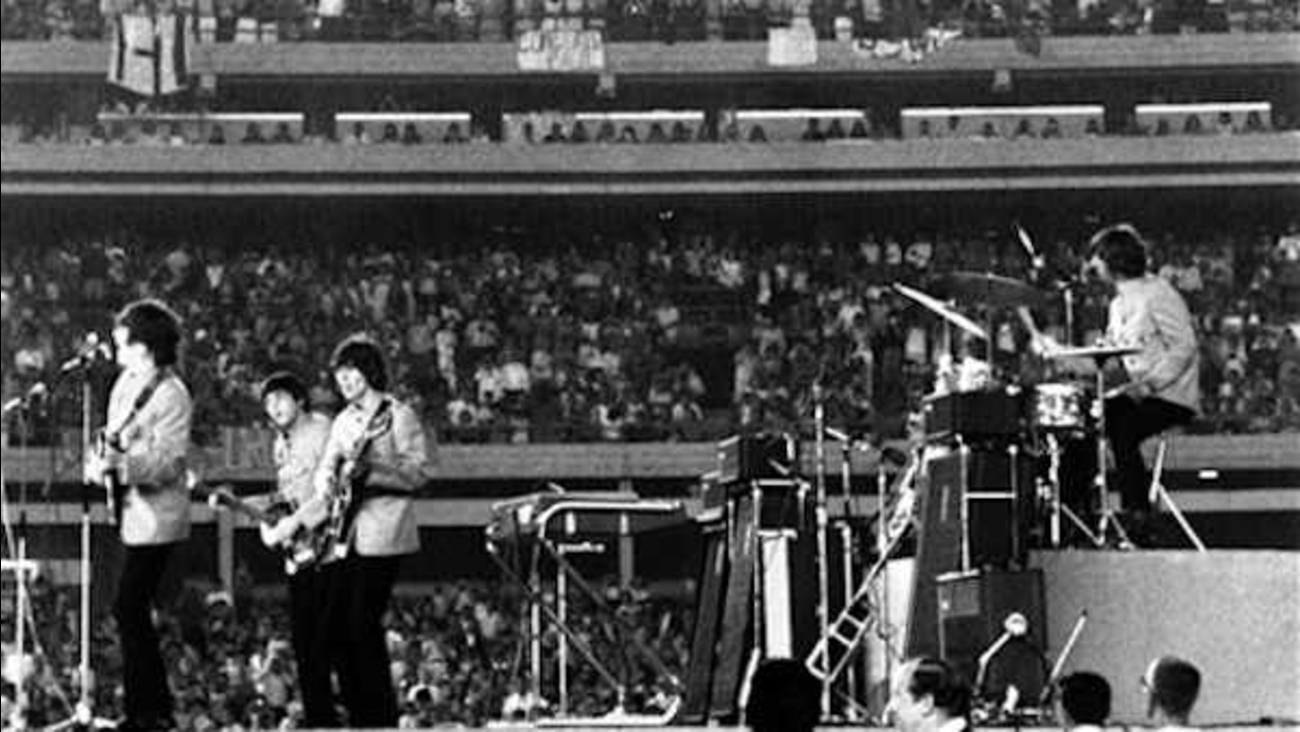 Fifty years ago Saturday, the Beatles performed to a sold-out crowd at Shea Stadium in a concert that many say was the band's greatest.

John Lennon, Paul McCartney, George Harrison and Ringo Starr took the stage in Queens, New York as their third and final appearance on the Ed Sullivan Show aired on television, the Wall Street Journal reports. The stadium seated 55,600 fans, a daunting figure that, before that night, was considered many more people than could possibly attend one concert.

"The thought of filling 55,600-seats at Shea Stadium was absurd. The only rock artist who had played stadiums half the size was Elvis Presley," the Wall Street Journal wrote.

Still, the Beatles performed not only to a sold-out crowd but to a deafening stadium full of screaming teenage girls. According to the Wall Street Journal, one of those girls jumped onto the field and stormed toward the stage. Police finally caught her, and she was carried away amid a chorus of boo's.

"Leaving festivals like Woodstock and Monterey aside, there is no more famous gig in rock & roll history than when the Beatles played Shea Stadium," wrote Rolling Stone magazine in honor of the anniversary.
Related topics:
arts & entertainmentnew york citybeatlesconcertdistractionhistorywatercooleru.s. & world
Copyright © 2020 KFSN-TV. All Rights Reserved.
DISTRACTION