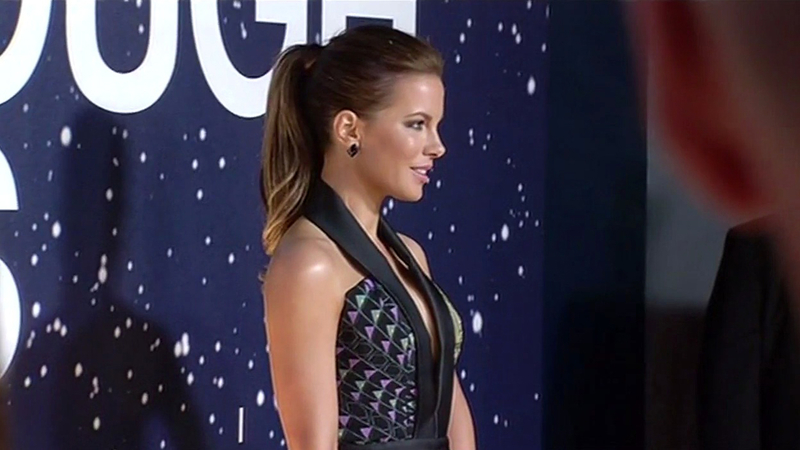 MOUNTAIN VIEW, Calif. -- Silicon Valley moguls teamed up with Hollywood stars Sunday night at the second annual Breakthrough Prize ceremony. The event aims to shine a spotlight on scientists who are at the cutting edge of breakthrough discoveries.

Celebrities like actresses Cameron Diaz and Kate Beckinsale lit up the red carpet. But they are lending some of their star power to recognize scientists.

"This is a night that celebrates the backroom boys, people that work in a quieter, less public domain. And to publicly recognize that work is very important," said actor Benedict Cumberbatch.

Silicon Valley stars like Google's Sergey Brin and Facebook's Mark Zuckerberg are two backers of the Breakthrough Prize. This year, eight winners are being recognized. The prize includes a $3 million award each.

"We want to encourage scientists to take risks the same way that Silicon Valley with starting companies and getting more people to think big," said Ann Wojcicki, Breakthrough Prize Co-Founder.

Among those being recognized - are Nobel Laureates like Adam Riess and fellow astrophysicist, UC Berkeley researcher Saul Perlmutter.

"What the Breakthrough Prize is trying to ask, is how do we make it as much fun to watch scientists in action as it is to watch actors in action," said Perlmutter.

This is the second year of the Breakthrough Prizes. They recognize life sciences, physics and advanced mathematics. The main goal to raise the cachet of science and scientists.