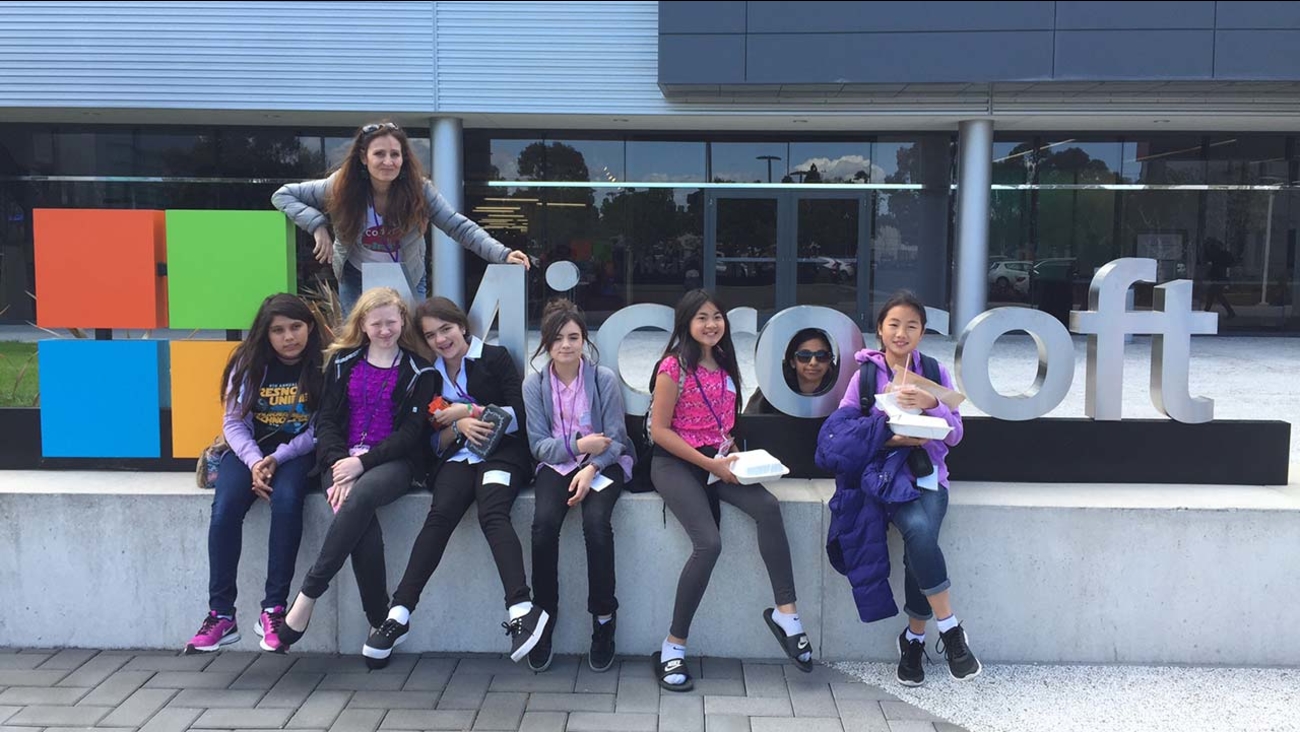 Codergirlz is a new Fresno Unified coding club for middle school girls who are curious about coding or already love to code. The clubs build self-confidence and interest in science, technology, engineering and mathematics and prepare students for computer science courses.

The Microsoft developers the students met with on March 28 encouraged the girls to help change the culture of women in technology by pursuing their interests, regardless of traditional gender roles. The panel stressed pursuing passions and trying many things without worrying about failing.
They explained that technology will be a significant component of any career in the future and it isn't necessary to major in computer science to land a job that involves coding.

Fresno Unified students articulated their interests, hopes and doubts with maturity beyond their years and then asked a series of probing questions with tact. Those questions included "What does it take to land a job at Microsoft? Any interview tips for us?"

The students left the session with the technologists with Microsoft swag and vouchers to eat at the Microsoft café. The field trip also included a visit to the Tech Museum of Innovation in downtown San Jose.