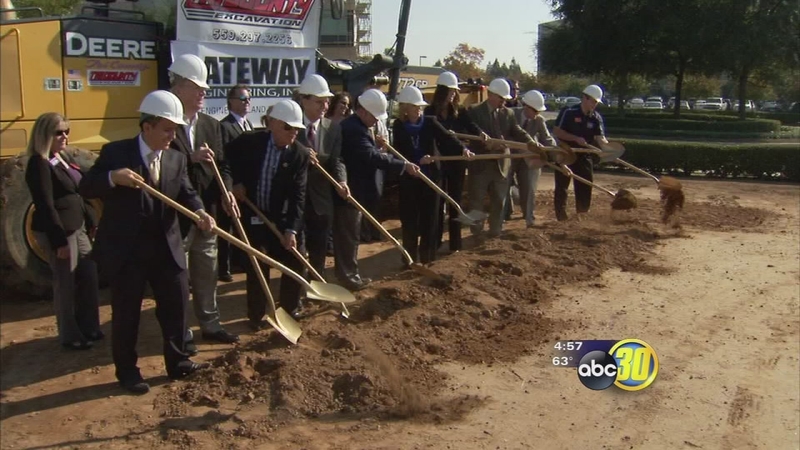 Thursday's groundbreaking for Dave and Buster's had developers and city leaders celebrated with some shovels and hard hats.

Just off Highway 41 and Friant Road, nestled among the office buildings, developer Lance Kashian and company have big plans for a particular patch of land-- 30,000 square feet worth in fact.

Dave and Buster's, a restaurant, bar, and arcade geared towards adults, will be located at The Village at River Park, next to Applebees. Additional retail space and parking are in the works too. River park management says this is what customers have been asking for. "So many people wanted it and responded to that in asking for us it just made it even more important and better to get for Fresno," said Tracy Kashian, Lance-Kashian & CO.

city officials and members of the business community joined in on the groundbreaking. Al Smith, chamber of commerce president, says Fresno is attracting big names. "Retail in Fresno is doing very very well, and there's no sign to say it won't continue. They see something about Fresno that sometimes we overlook. So I would take my cue from them. They probably do more research than we do, what the potential is before moving into an area."

With more businesses, Come more jobs. Dave and Buster's general manager David Fair says the company will be hiring locally. "The entire management team is gonna come from this Fresno area which is really exciting, not to mention the team members themselves, when you're looking at a team of about 200 people. That's gonna be great for us as well as great for you folks in the Fresno area."