Explore the best of Louisville with cheap flights from Fresno 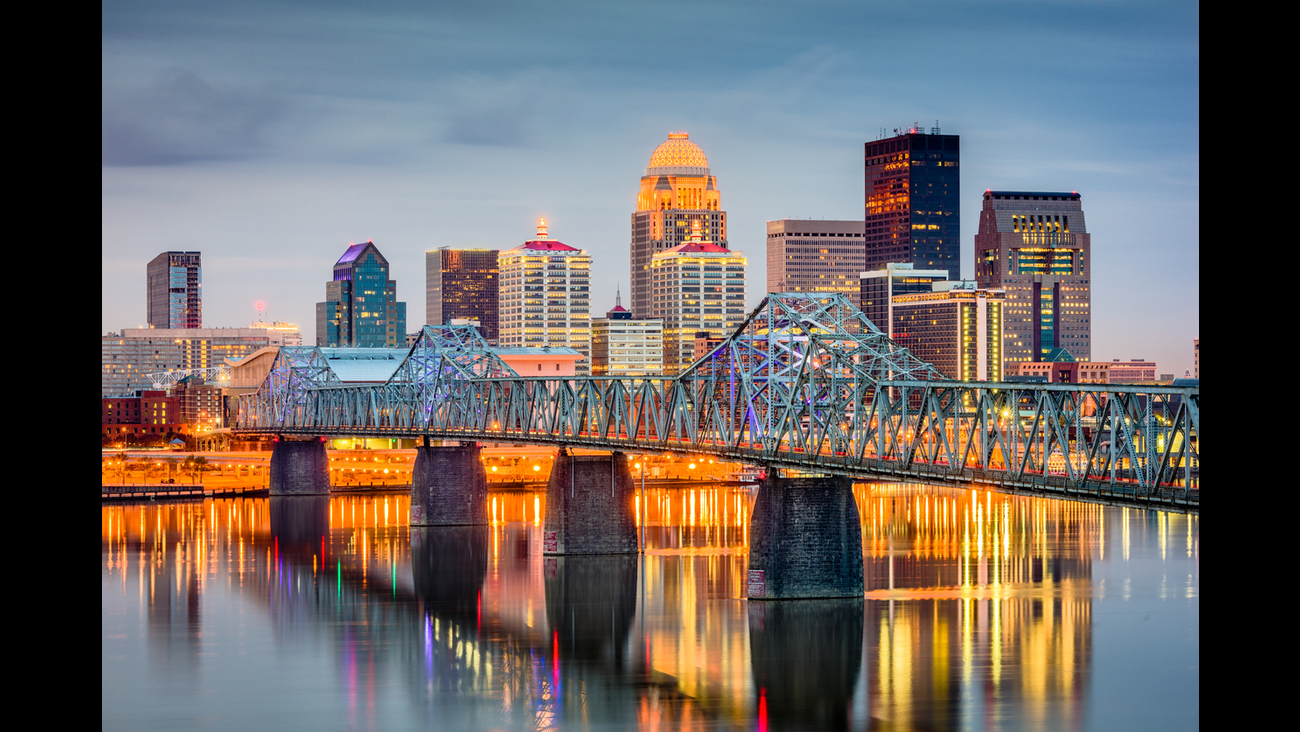 You don't have to be a fan of the Kentucky Derby or baseball to enjoy a trip to Louisville, the state's largest city. Positioned on the banks of the Ohio River, along the Indiana border, Louisville Louisville, Kentucky's largest city, sits on the Ohio River along the Indiana border. Founded in 1778, the city is one of the oldest cities west of the Appalachian Mountains. Today, it has annual festivals, museums, performing arts centers, sports happenings and plenty of food and drink offerings to appease residents and visitors alike.

Fortunately, there are plenty of relatively inexpensive flights between Fresno and Louisville on travel site Skyscanner.

Here's a list of flights, hotels, restaurants and local attractions in Louisville to get you started.

Currently, the cheapest flights between Fresno and Louisville are if you leave on April 12 and return from Kentucky on April 15. American Airlines currently has tickets for $359, roundtrip.

There are also deals to be had in March. If you fly out of Fresno on March 15 and return from Louisville on March 17, American Airlines can get you there and back for $461 roundtrip.

To plan your accommodations, here are some of Louisville's top-rated hotels, according to Skyscanner, that we selected based on price, proximity to things to do, and customer satisfaction.

If you're looking for an inexpensive place to stay, consider The Brown Hotel. The hotel has a 4.9-star rating on Skyscanner, and rooms are currently available for $129.

This hotel is located close to the airport and attractions in the neighborhood include the Louisville Palace and Fourth Street Live.

Another 4.9-star option is The 21c Museum Hotel Louisville. Rooms are currently set at $159/night.

Located close to the airport, attractions in the neighborhood include the Kentucky Museum of Art and Craft, the Muhammed Ali Center and the Louisville Slugger Museum.

If you're looking for an inexpensive place to stay, try The Seelbach Hilton. The 4.4-star hotel has rooms for $114/night. Set in the heart of Louisville, this hotel is close to the Riverfront Plaza Belvedere and the Louisville Slugger Museum.

Don't miss Louisville's food scene, with plenty of popular spots to get your fill of local cuisine. Here are a few of the top-rated eateries from Skyscanner's listings.

Don't forget the essentials: where to get a drink. For a popular option, check out Proof on Main, with 4.8 stars from 17 reviews.

"A great bar in the 21c hotel," wrote reviewer Tyson. "The drinks are creative and tasty. ... Great starting point for a night out, even if it's just one drink."

"This classic steakhouse is famous in Louisville -- go here for a great view and one of the best steaks in town," wrote Kelly. "It is a pricier option for dining in Louisville, but a romantic spot for a night out."

"Lets taco about this joint," wrote Kelly. "The menu is nicely crafted and has options for the picky eaters. Stroll over here and eat some scrumptious, priced right tacos, to fill you up on your way through baxter downtown or headed towards bards town road. Fiesta!"

Louisville is also full of sites to visit and explore. Here are some popular attractions to round out your trip, again from Skyscanner's listings.

"The Big Four Bridge is a pedestrian bridge over the Ohio River, connecting Louisville with Jeffersonville, Indiana," wrote visitor Steve. "The ramp on either side is about a quarter of a mile, and the bridge itself is half a mile -- so if you walked from entry to exit and back again, it's roughly a two mile trek. The bridge is lit up in neon colors from dusk to about 1 a.m."

Next up, consider checking out Churchill Downs.

Opened in 1875, Churchill Downs has hosted the Kentucky Derby for over 130 years. Additional attractions on premises include the Kentucky Derby Museum, featuring exhibits on the history of the race track and the Kentucky Derby.
Report a correction or typo
Related topics:
arts & entertainmentfresnohoodline
TOP STORIES
2 accused in deadly shooting at Hilmar restaurant arrested
Major outage hits Amazon Web Services; many sites affected
'Political free-for-all' as Rep. Nunes leaves House of Representatives
50 mutations in omicron could be its downfall, data shows
Biden to warn Putin of economic pain if he invades Ukraine
2 arrested for string of business burglaries in Merced
Tulare Co. deputies investigating armed robbery at Delano gas station
Show More
Clovis Navy test pilot is one of NASA's new astronauts
Devin Nunes stepping down from Congress by end of 2021
Police investigating theft of decorations on Clovis' Candy Cane Lane
Authorities identify 4 killed in plane crash near Visalia airport
Why feds are warning it could take months to get a passport
More TOP STORIES News