Jordyn Woods: 'I'm not a homewrecker' in Kardashian brouhaha 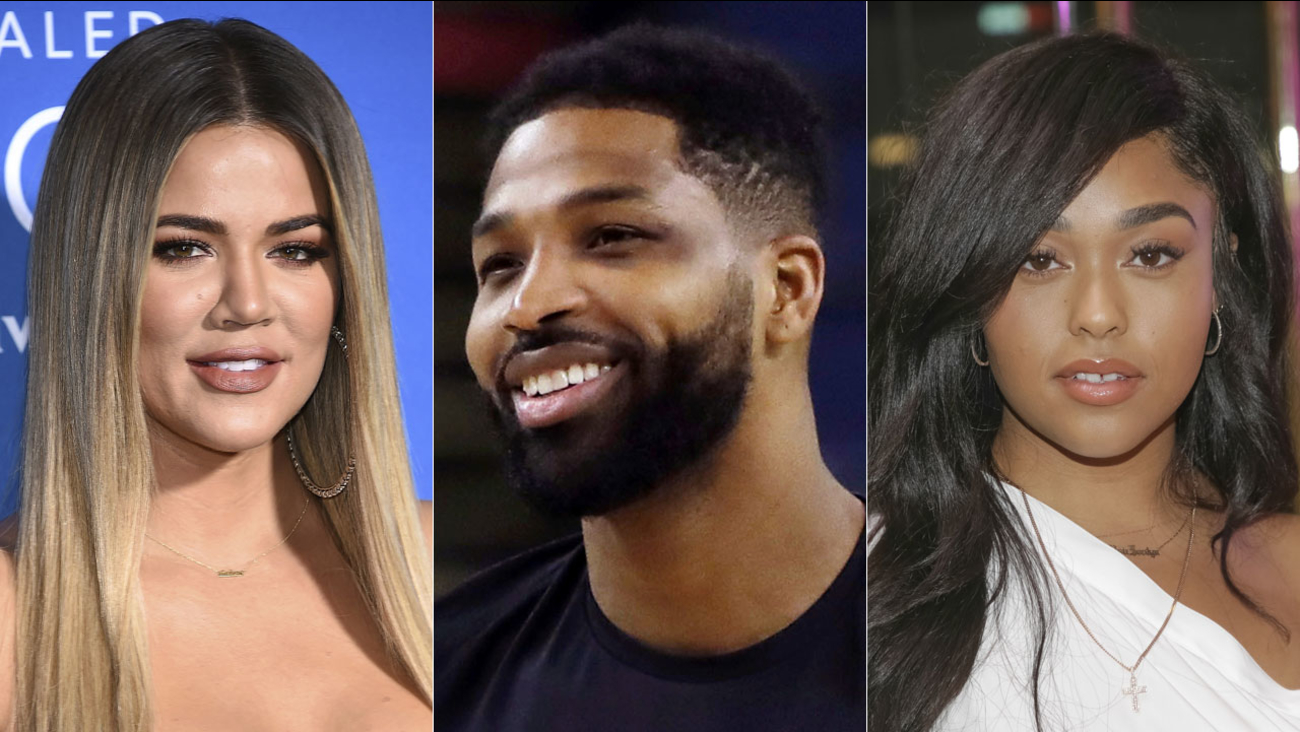 NEW YORK -- Declaring "I'm not a homewrecker," Jordyn Woods sat down Friday on Jada Pinkett Smith's Facebook Watch show to clear up wild social media speculation over exactly what happened between her and Cleveland Cavalier Tristan Thompson: One kiss on the lips, she said, that took her by surprise.

Thompson is the father of Khloe Kardashian's baby, True, and Woods was the best friend of Kardashian sister Kylie Jenner, a beauty mogul and the youngest sibling on reality TV's "Keeping up with the Kardashians."

Woods is also a close family friend of Pinkett Smith and Will Smith, both of whom urged the 21-year-old to break her silence in what has become two weeks of online rumors and hate. Woods says it's been so bad it has scarred her family, including her 12-year-old sister, who has been absent from school since it all broke.

Woods sat with Pinkett Smith at a round red table for which her online show, "Red Table Talk," is named, and took full responsibility for joining a group of girlfriends for a party at Thompson's Los Angeles home after a night on the town.

Woods said she stayed at Thompson's house until the following morning, when he kissed her as she left. She said she didn't tell her bestie, Jenner, about it, or Kardashian, who she was also close to and had given her modeling work for her fashion label Good American.

Of the kiss, Woods told Pinkett Smith: "I didn't know how to feel. I was like, 'That didn't just happen.'"

She said she was drunk, but not blind drunk as many have speculated. She said she crossed her legs over his as she sat on the arm of a chair he was in, but there was no lap dance - another accusation. Woods said there was no sex, no make-out session. Just the one kiss.

Kardashian, who is not married to Thompson and maintained a relationship after he cheated on her late in her pregnancy, lashed out at Woods on Twitter moments after "Red Table Talk" dropped.

"Why are you lying @jordynwoods ?? If you're going to try and save yourself by going public, INSTEAD OF CALLING ME PRIVATELY TO APOLOGIZE FIRST, at least be HONEST about your story. BTW, You ARE the reason my family broke up!"

Why are you lying @jordynwoods ?? If you’re going to try and save yourself by going public, INSTEAD OF CALLING ME PRIVATELY TO APOLOGIZE FIRST, at least be HONEST about your story. BTW, You ARE the reason my family broke up!

The tweet was in response to Woods saying she's confident she's not the reason Kardashian and Thompson are now not together.

Thompson's agent, Richard Paul, did not immediately respond to an email request for comment Friday. A man who answered the phone at a number for Paul had no comment before hanging up. Thompson was mum when reporters shouted questions about the scandal as he walked into Madison Square Garden for a recent game in New York against the Knicks.

Woods called it a mistake to attend the house party with so much rough history between Thompson and Kardashian. But she made it clear there was "no passion" in the kiss and she and Thompson were never alone together that night. And she was also clear there was no prior romantic relationship or contact since.

"In my head this is innocent. We're all drinking. We're all chillin'," Woods said, adding: "I wasn't thinking right" in attending the house party.

After the kiss, Woods said, "I was like, more in shock. I was like, let me just pretend that didn't happen."

In the aftermath, she said she told Kardashian and Jenner she had been at Thompson's house but nothing happened between them.

"I was like, no, he was chillin'. Everything's OK," she recalled saying.

That was a lie, Woods said. She wasn't "honest about the actions that had taken place."

"I just knew how much turmoil was going on. I was just like let me just not throw more fuel onto the fire," a tearful Woods said of Kardashian's relationship with Thompson. "I was trying to protect Khloe's heart. She doesn't deserve this either."

Jenner and the Kardashian clan had been largely silent about what transpired, but Kardashian made up for lost time in another tweet aimed at Thompson:

"Tristan is equally to blame but Tristan is the father of my child. Regardless of what he does to me I won't do that to my daughter. He has been addressing this situation PRIVATELY. If Tristan were to lie publicly about what conspired, then yes I would address him publicly as well."

Woods admitted, "I really hurt so many more people by not telling the truth," but she added: "I'm no homewrecker. I would never try to hurt someone's home, especially someone I love."

Woods said her life has been trashed as media and fan attention has honed in on her. Pinkett Smith agreed: "You know what they say, black women can be the most disregarded and disrespected people on Earth."

Woods concluded: "I may have done something wrong but whatever I did I don't think I deserve this. It's just not fair."