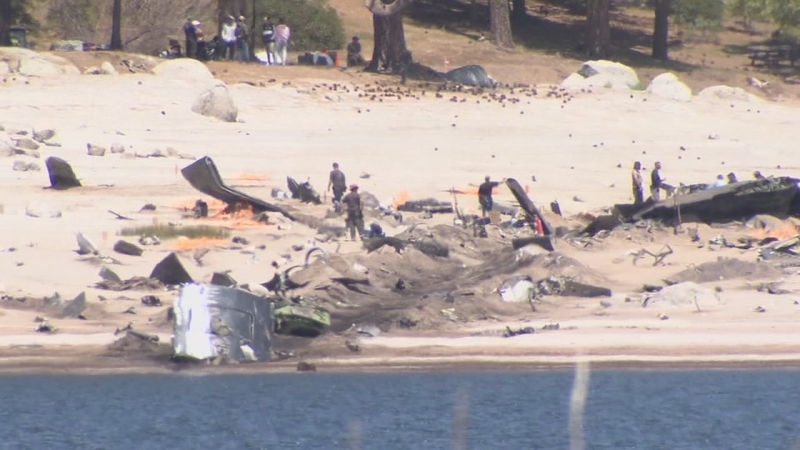 The mountain community started buzzing with excitement once word got out that scenes from the latest big-budget superhero movie were shooting around the lake.

"I'm so stoked. I'm such a superhero fan like hardcore. I watch all the movies with my kids I love them," said resident Teresa Foster. "I actually went yesterday with my family but everything is blocked off, and there are security guards asking for ID."

It's a closed set so if you're planning to come up this way to catch a glimpse of the movie magic, be prepared because star wagons and equipment trailers are just about the only thing you might see

Drone footage of the Captain Marvel location at Shaver Lake.

The area is only accessible by boat but scenes from the movie are beginning to take shape. Crew members have set the shore on fire in what appears to be wreckage from an aircraft. At least one more scene is being shot well beyond the trees at Shaver Lake, near the power plant. That location is where you'll find Samuel L Jackson and the rest of the crew.

Filming is expected to wrap up here Wednesday, and some locals have been selected to play military and government workers in the blockbuster.