KGO
By by Lisa Amin Gulezian, Tiffany Wilson, Wayne Freedman, Vic Lee, and Amy Hollyfield
SAN FRANCISCO -- It was the final curtain call for Candlestick Park. Sir Paul McCartney brought down the house Thursday night, but that is if you were lucky enough to even get there.

The concert started an hour late and there were 6,000 fans still trying to get into the one remaining parking lot. Many had spent hours in traffic by 10:30 p.m. Some were so frustrated they gave up and went home.

Hours after the concert was supposed to start, people were still sitting in traffic, looking for parking. There were dozens of people tweeting that they were still stuck in traffic close to 10:00 p.m.

ABC7 News interviewed one couple who gave up and turned around.

"I've never seen traffic like this. You couldn't even find out if there was going to even be a parking place, if you put up with this. We finally got off the freeway here in Millbrae, we stopped at a service station, we had met another couple that had been in traffic for four hours," Michele Abrate said.

For 44,000 others, Candlestick was packed with Beatles and Paul McCartney loving, nostalgia seeking fans. And who better to be the last pick at The Stick, than Sir Paul McCartney. The "Out There" tour featured new songs and some Beatles classics, which is exactly what the crowd wanted to hear since the Beatles' final concert took place right at Candlestick back in 1966.

"This is my second trip to Candlestick Park. My first one was 1966 to see the Beatles," Gerrie Lineck of Oakley said.

Lineck's ticket cost $6.50, 48 years ago. Today's ticket cost about $80. This was one concert at this one special venue no one was going to miss.

"It's a chance of a life time because this is the end of Candlestick and last concert ever. Who wouldn't want to be here?" Delette Ziegelman Jackson of Wilton said.

"When I heard Paul was going to be here for the last show, I thought it was only fitting that I try to make it to this show," Terry Dilbeck of Petaluma said.

Dilbeck showed off an un-used ticket from the Beatles 1966 concert. At the time he was 15 and didn't have a ride. A lot has changed since then for many of these Baby Boomers have grown up and slowed down.

The lines were really long and one man said, "The only drugs we have this time is for arthritis."

Still, what matters most is the love for a man and his timeless music.

Police were out in force warning concertgoers about counterfeit tickets. Hundreds of people were scammed at the recent Outside Lands festival and they didn't want the same thing to happen and according to police, extra patrols paid off. No fake tickets were confiscated at the "Farewell to Candlestick" show.

The concert sold out within just a few hours. But to the delight of concertgoers, several hundred extra tickets went on sale Thursday after the stage was pushed back by four feet. Fans quickly snapped up those tickets, knowing that for this show, there's not a bad seat in the house.

But San Franciscans weren't the only ones excited about the performance. The musician posted a little video about the concert on his YouTube channel.

"Unbelievable feeling, it's going to be historic," said one crew member before the show.

Not even a mix-up with the labels on the floor seats could tamp down the crews' enthusiasm.

As stage hands adjusted cameras Thursday, the wife of McCartney's tour director took a moment to enjoy the homecoming. She's been traveling with the band for 25 years.

"A legend closing a legendary venue, it's amazing," she said. "Paul is, well, he's pretty much a genius I think, and the show is just fantastic, the level of commitment, stamina, talent, it's a great night, everybody's going to have the best time."

PHOTOS: The Beatles in Candlestick Park in 1966


Some fans showed up hours before the parking lot opened, not willing to risk arriving even a minute late.

"I love him, I'm about ready to explode," said fan Michelle Amaya.

The Napa resident joked that her ticket holds as much value as her kids.

Another fan said, "When I found out he was gonna be here I called my son and just said, 'Paul at Candlestick.'"

A Beatles fan who traveled all the way from Wyoming recalled the band's last concert at Candlestick, "Just, the anticipation was crazy," said Mary Goodfellow. "I was 14 years old."

On Thursday before the show, Goodfellow browsed an art gallery that holds rare, still photographs of that last Beatles concert that were shot by the legendary Jim Marshall.


"He was the only one allowed in," said San Francisco Art Exchange Gallery owner Theron Kaybrich.

Not just to the concert, but backstage before the brief, barely 30 minute performance.

Reporter: "Did you have any sense of history?"
Goodfellow: "We didn't know it was history."

Nobody did, except perhaps The Beatles themselves, which makes this return by McCartney to Candlestick all the more poignant.

"One thing is the memories are so great from those years, I did not know if I wanted to ruin those memories," Goodfellow said. "But now I think it's worth it, I've heard it's going to be great, I think I can handle it."

Former ABC7 News cameraman Fred Pardini also shared his memories from that show so many decades ago.

Back then, he was a staff photographer for the San Francisco Examiner. He was taking pictures at the Cow Palace when The Beatles made their Bay Area debut in 1964, and was lucky enough to also get assigned to the Candlestick concert two years later.

The retired photojournalist says there was little of the production of today's concerts. There were only two giant speakers on stage, and a fence to keep fans away.


"They only performed for 30 minutes," Pardini said. "And in the 30 minutes you could hardly hear them because of the constant screaming and yelling of all the young kids that were out there."

Pardini only took a few pictures of the spectacle. He now wishes he had taken more. But nobody guessed back then that it would be The Beatles' last concert together. Tickets for that show were $6.50.

Bay Area resident Robert Friedman is a music producer. When he couldn't get a ticket to McCartney's concert, he signed up to usher the event.

He did the exact same thing 52 years ago when The Beatles played their first Bay Area concert at the Cow Palace. He was 16 back then. His job was to keep girls from rushing the stage.


"I was the tiniest little guy holding back this throng of girls that all towered over me," he said. "So much screaming. The girls were absolutely in hysterics. The Beatles were very cool."

Friedman got the Fab Four's autographs, but he gave them to a girl he wanted to date back then. It's a decision he regrets now.

Friedman posted about his experience on Facebook and McCartney responded, saying he loved hearing about the story.

The concert promoter for this show saidMcCartney's farewell performance included the biggest video screens, best audio equipment, and a pyrotechnic show that could make even the back row squint.

"He brought in 36 semis just for the stage, it's an enormous production," said Gregg Perloff with Another Planet Entertainment.

Muni said they had employees out, serving as tour guides.

"We're gonna have some ambassadors out at that Balboa Park BART Station, also at the Third and Gilman stop so people can get some extra information about their return trips, cause that's gonna be really important," said Muni spokesperson Kristen Holland. "BART won't have extended hours tonight. They have available service until I believe until a little after midnight. But the concert is expected to go until 11:30 p.m."

If people wanted to use an on-demand ridesharing service like Uber or Lyft, they needed to take note -- dynamic pricing spiked the cost of some on-demand rides at Outside Lands as high as $391 for a 30 minute trip.

VIDEO: SFPD on the lookout for fake ticket at Candlestick


"Another Planet will have somebody working with Ticketmaster, who is distributing the tickets, and they will validate whether or not the ticket authenticated," said SFPD Bayview Station Captain Robert O'Sullivan.

Police said they would also be watching for overzealous fans wanting to take home a piece of history.

"We don't want anybody to be trying to take any pieces of Candlestick Park," said SFPD Officer Gordon Shyy. "If they do, the police will come and make contact with you, you could be facing some vandalism charges. Just come and enjoy the concert tonight and have a safe night."

If you do want to own a piece of Candlestick, certain items are up for action, including seats. They're being sold in pairs for $749.

Candlestick will be demolished to make way for a 1.1 million-square-foot development project.

Share your photos of Candlestick Park with us. You can send them to uReport@kgo-tv.com or upload them here. 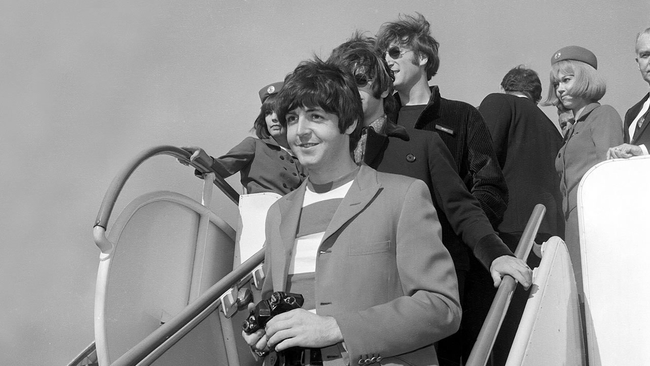 PHOTOS: The Beatles at Candlestick Park in 1966 SF police on the lookout for fake tickets at Candlestick 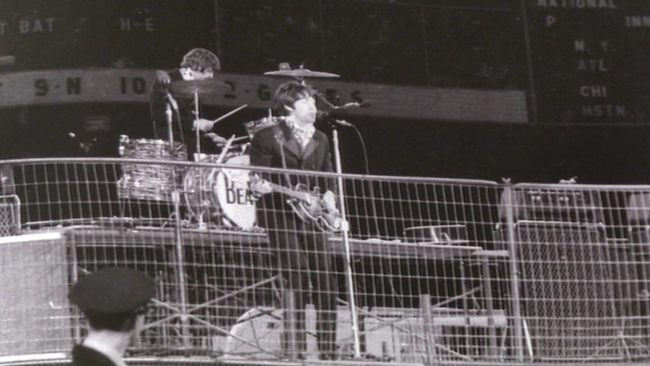 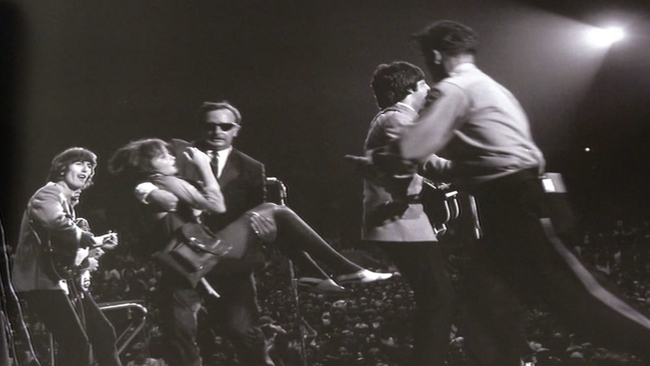