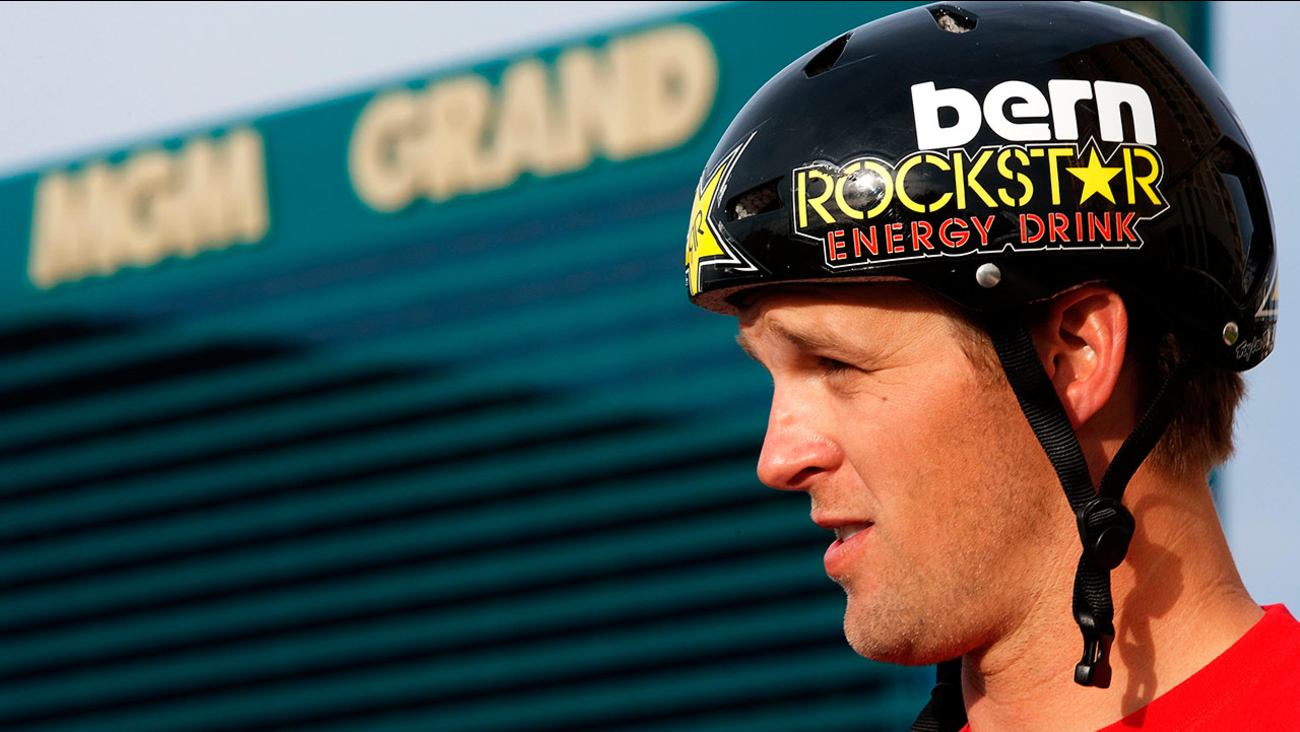 Erik Roner of Nitro Circus talks to the media after base jumping off The Signature at the MGM Grand Hotel & Casino in 2011. (Jeff Bottari/AP Images for Nitro Circus Live)

SQUAW VALLEY, Calif. -- Police say an extreme sports and MTV star who was skydiving for the opening ceremony of a golf event in Squaw Valley died when he struck a tree.

Walsh says witnesses told deputies Roner was part of a group conducting a skydiving performance for a golf event, when he hit a tree while trying to land and became entangled high above ground.

He says authorities were not able to remove him from the tree and Roner was pronounced dead at the scene.

All the other skydivers landed safely.

Roner was known for being part of the Nitro Circus crew on MTV and was also an avid and accomplished skier.