Purple, green and gold: Escape from Fresno to New Orleans for Mardi Gras 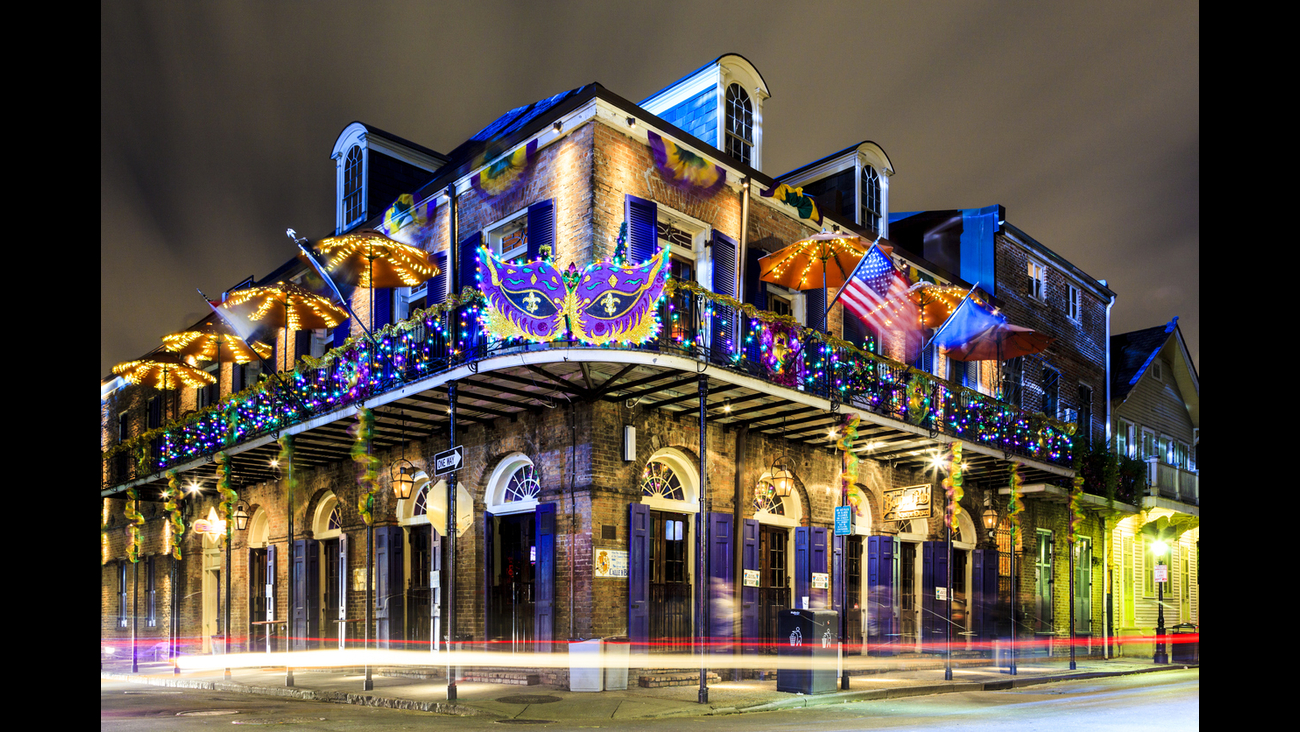 Don your best carnival attire -- along with the ubiquitous colorful beads -- and get ready for this year's Mardi Gras festivities in New Orleans.

Though the holiday, also known as Fat Tuesday, is celebrated in various locales across the globe, Mardi Gras has become a quintessentially New Orleans event.

The parades and celebrations typically kick off in January, but most visitors tend to arrive March 1 and stay through Ash Wednesday (March 6). The biggest -- and most popular -- events culminate with the end of Carnival on Tuesday, March 5.

The largest parade is the Krewe of Endymion, which boasts more than 37 floats and finishes its march through town at the Mercedes-Benz Superdome for the Endymion Extravaganza party. This year's performers include Lionel Richie, Flo Rida, Chicago and more.

It's more doable than you think. According to travel site Skyscanner, there are plenty of flights from Fresno to New Orleans in that time frame, and the prices aren't too shabby.

The cheapest flights between Fresno and New Orleans are if you leave on March 1 and return from Louisiana on March 7. Allegiant Air currently has roundtrip, nonstop tickets for $451.

There are also deals to be had later in March. If you fly out of Fresno on March 2 and return from New Orleans on March 7, Alaska Airlines can get you there and back for $611 roundtrip.

To plan your stay, here are some of the city's top-rated hotels, that we selected from Skyscanner's listings based on price and customer satisfaction.

If you're looking to splurge on top quality, consider The Hotel Monteleone. The hotel has a 4.7-star rating on Skyscanner, and rooms are currently available for $179.

If you're looking for an inexpensive place steeped in history, there's The Columns Hotel, which has rooms for $100/night.

"Built in 1883 and listed in the Registry of Historic Places, The Columns grips you from the moment you spy the white columned building and step onto the path toward the porch, which has been the site of many a sultry summer, mint julep-sipping cocktail hour or wedding party," wrote visitor Barbara.

If you're looking to treat yourself, there's The Royal Sonesta Hotel New Orleans. The 4.6-star hotel has rooms for $189/night.

Set in the heart of New Orleans, this hotel is close to Bourbon Street and the Riverwalk Marketplace, as well as Jackson Square. Additional attractions include the French Market.

Don't miss New Orleans' food scene, with plenty of popular spots to get your fill of local cuisine. Here are a few of the top-rated eateries from Skyscanner's listings.

First things first: where to get a classic beignet. For a popular option, check out Cafe Du Monde, which has an average of 4.6 stars out of 405 reviews on Skyscanner.

This 24/7 French cafe (only closed on Christmas and during hurricanes) serves its patrons dark roasted chicory coffee. Complement your cup of coffee with one of their famous beignets.

One of the city's most popular restaurants is Commander's Palace, with 4.8 stars from 94 reviews.

"Jazz brunches are a tradition here in the garden room overlooking the courtyard," wrote reviewer Michelle.

Also worth considering is Jacques-Imo's Cafe, with 4.8 stars from 69 reviews.

Not your typical New Orleans restaurant, Jacques-Imo's Cafe has become one of the hottest food tickets in town, known for its eclectic mix of Creole and Cajun specialties at reasonable prices.

"One of the busiest cafes in town because the food is wonderful and plentiful," wrote Cindee.

New Orleans is also full of sites to visit and explore. Here are some popular attractions to round out your trip, again from Skyscanner's listings.

First up is The French Quarter.

The French Quarter, known also as as the Vieux Carre, is the heart of New Orleans as far as tourist attractions go. The iconic Bourbon and Royal Streets run parallel here, offering a rambunctious nightlife at the former and unique boutiques at the latter.

The pleasant green square located near the waterfront of New Orleans serves as the home of the statue of Andrew Jackson. Bars and restaurants border the park, and the legendary Cafe Du Monde is just across the street.

"Jackson Square has a lot of historical value with beautiful sites to see," wrote visitor Kay.

Lastly, spend some time at the Audubon Zoo, with 4.8 stars from 125 reviews.

From the swamps of Louisiana to the grasslands of Africa, you can explore some of the most intriguing habitats and the creatures that dwell within them at this zoo.