Star Wars fans find the movie they've been looking for 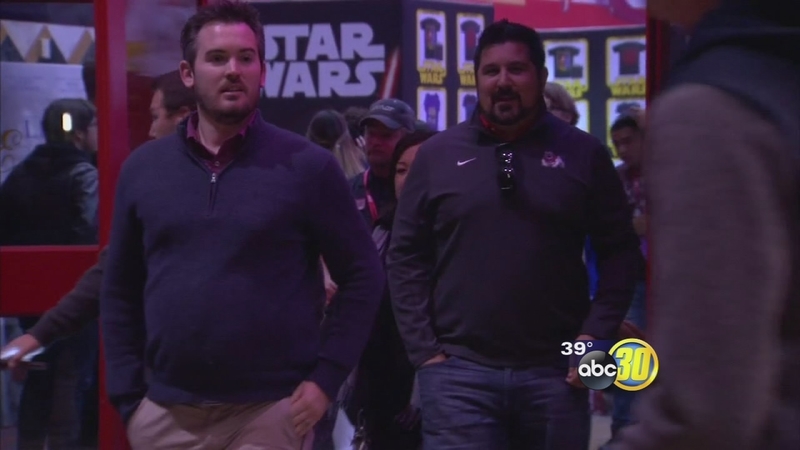 Star Wars fans find the movie they've been looking for

Many fans who've already seen the movie are leaving theaters wanting to get back in line.

In a Fresno theater not so far, far away The Force Awakened the emotions of many. "I cried, I cried. It was-- part of me died I'll just say that," said Julie Osburn, Star Wars Fan.

"I was jumping out of my seat the whole time," said Brian Coria, movie goer.

For some, years of anticipation led up to this moment long before they got in line. "If Han Solo dies I'll cry. No, but realistically, I'll cry because this is insane," said Babken Piloyan, Star Wars Fan.

Several hardcore fanatics even slept in their car. "Luckily, I have an SUV, so I laid my seats down and had lots of sleeping bags and blankets. It was a little cramped and a little cold, but we made it through the night," said Leah Blanks, First in line.

Characters from all across the galaxy made appearances throughout the day.

Now fans are saying they're ready for the next movie in the series that's changed their lives.