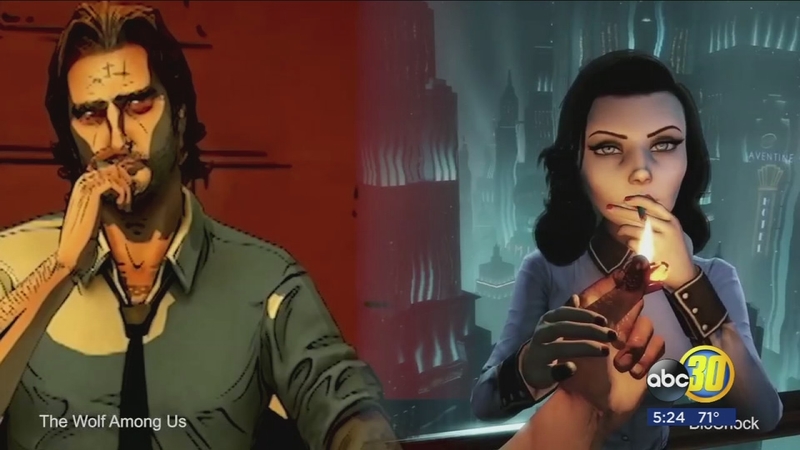 "I'm smart enough to know to talk to my child about the content that's in there," said Spriggs.

But she was surprised when we told her about an option in the game.

"I had no idea that the game contained smoking at all," said Spriggs.

In one study, 42 percent of video games reviewed contained tobacco images but only eight percent of those had tobacco-related content descriptors.

"People should know that the smoking depictions have the potential to drive behavior," said Dave Dobbins.

He is with the anti-tobacco group truth initiative and says there is scientific evidence that exposure to smoking in movies can influence teen smoking.

"I think we can feel comfortable that the same results would happen if we followed a longitudinal cohort of people who are exposed to smoking in video games," said Dobbins.

Truth initiative showed a group of teens smoking scenes in a variety of games and asked them if the smoking would influence their behavior:

"I think having their favorite character smoking definitely can affect whether or not they become smokers later in life."

All of the games the kids looked at were rated M for mature. Some contained the tobacco marking but some did not.

Marina's son Joe says he does not ever use the smoking option in his rated M game.

"I think it's really unnecessary and there's no real, what's the point of it," said Spriggs.

We reached out to the entertainment software rating board.

Members told us: "they use over 30 different descriptors", so "it should not be surprising to find the tobacco content descriptor may not be included for titles that are rated M--for ages 17 and older."

The group stresses that games rated T for teen or lower are assigned the tobacco label.