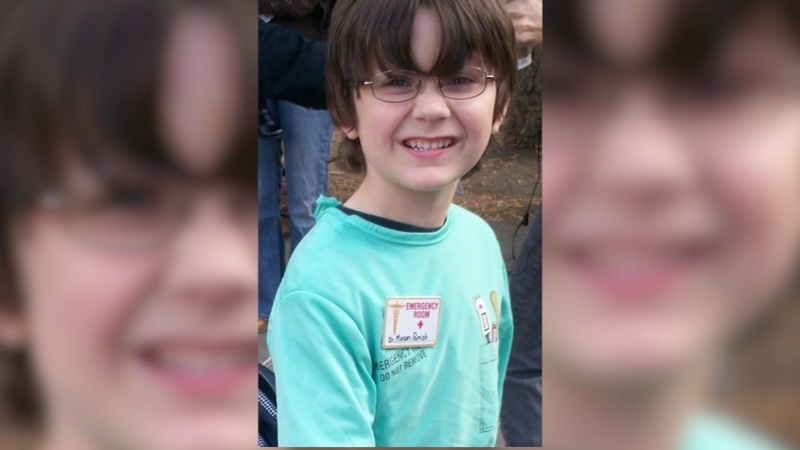 CHICAGO -- A Woodstock father is paying tribute to his son who died from pediatric cancer by making a movie that the 10-year-old wrote before he passed away.

Chris Parrish and his son Mason shared a love of movies and bonded over batting around their own ideas.

"Mason was the most naturally gifted storyteller I've ever known," Chris said.

Mason continued to use his gift, writing a story for a family-friendly adventure film even as he battled a cancerous brain tumor.

Chris said he mourned for months, but then realized he had a choice to make.

"Do you allow this loss of your child to destroy you or do you try and find something in which you can move on in the wreckage?" he said.

Parrish, who teaches screenwriting at DePaul University, said he and his wife decided to turn Mason's story into a film called "Thrill Ride." It's about three friends who sneak into a closed-up amusement park to search for Al Capone's buried treasure.

Chris said the independent film was made possible with the help of philanthropists and the kindness of many other people, some of whom appear in the film.

Most of it was shot in Roger's Park. Many scenes take place in Lost Eras antiques store on Howard Street.

The film was a labor of love that took about three years, with the ultimate goal being to help other families dealing with illnesses like Mason's.

"My wife and I wanted to come up with a way to honor his memory and raise money for pediatric brain tumor research," Chris said.

There's a screening of "Thrill Ride" tonight in Rogers Park, rain or shine. It's at 8:30 p.m. at White Park on Howard Street.

Workers lured from India to NJ, paid $1.20 per hour for years: Lawsuit