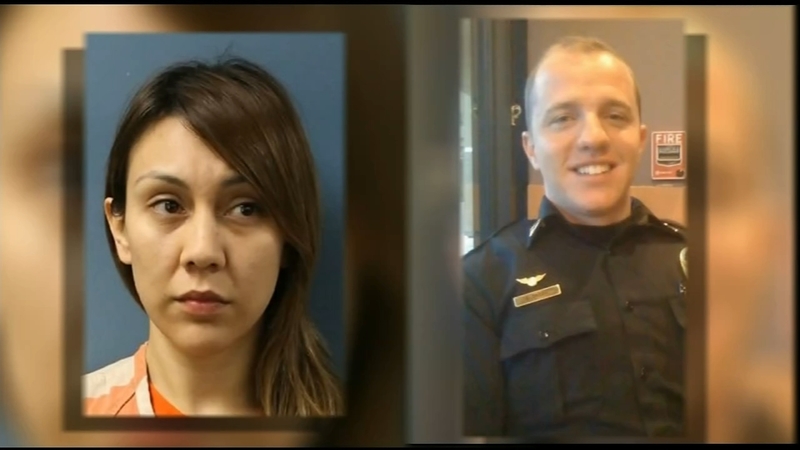 VISALIA, Calif. (KFSN) -- More audio and video recordings were played for jurors in the Erika Sandoval murder trial on Tuesday.

All were fights between Sandoval and Daniel Green, though it's not always clear what they were arguing about.

"I'm glad that I recorded all of this," Green can be heard saying to Sandoval in one. "Because it's going to show everybody how crazy you are."

A few minutes later, Green becomes emotional, saying he doesn't want to be with Sandoval anymore, asking her to leave him alone.

RELATED: Erika Sandoval continues to testify in her own murder trial

Sandoval tries to calm him down, and reminds him they're expecting a baby.

The couple divorced the year prior, but continued to see each other off and on.

"I don't even want to look at you," Green replies. "I hate you so much, get away from me dude."

"How can we come to a peaceful resolution to all of this as far as separating?" Green asks Sandoval in June of 2013, around the time Sandoval says she moved out of Green's home for the last time. "Is that even possible with you?"

Sandoval would be back inside Green's home in February of 2015.

She's admitted to shooting and killing her ex-husband while he was on the toilet.

Tuesday, prosecutors called a nurse to the witness stand, who said Sandoval told her about what she did while in custody at the Tulare County Pre-Trial Facility sometime in late 2015.

During the trial, the nurse commented on a Visalia Times Delta article, writing that Sandoval's crime was 100% premediated.

She replied to other comments too, and read one in court on Tuesday.

"She left and chose to break into his home that day," Frederick said. "This is not self-defense or even at the moment, a DV case. This is a woman scorned who went for revenge. I read the article and gave my opinion on it."

Sandoval's attorney challenged the witness, arguing that she isn't aware of any of the evidence in the case.

RELATED: Sandoval trial: 'You couldn't handle the fact that you and Daniel weren't going to be together'

The nurse said she told a supervisor about her conversation with Sandoval, but when asked, she said the details weren't documented in any way.

"And you didn't think to yourself maybe I should call the detectives or law enforcement to tell them what I learned?" asked Dan Chambers. "You know what, no, I didn't. Perhaps I should have, but no I didn't."

Sandoval's parents were also on the witness stand today.

Prosecutors asked her mother about a jail call in which Sandoval told her mom that another man shot Green, not her.

Sandoval's mother said she didn't remember her daughter saying that.