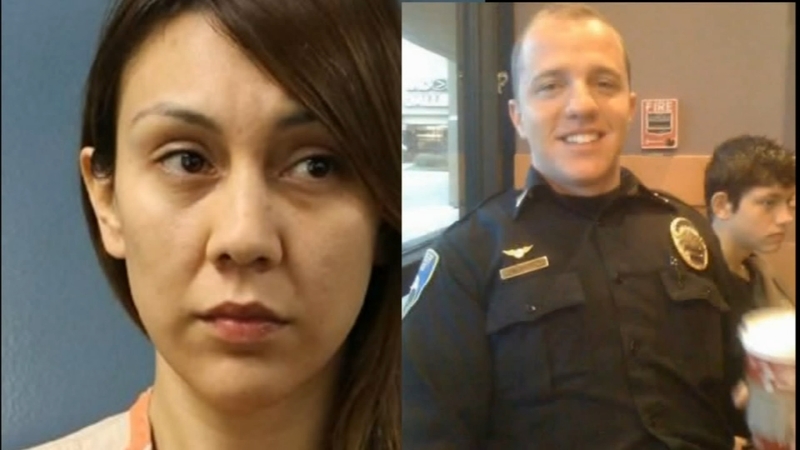 The trial for the South Valley woman accused of killing her ex-husband, Exeter Police Officer Daniel Green is moving forward.

The case against Erika Sandoval started more than three weeks ago.

On thursday, the defense called a few former members of the Exeter Police Department.

One of them was former Exeter Police Sergeant Jeffrey Detwiler, who in 2015, was convicted of having sex with a minor in the police explorers program.

Before he was let go from the department, Detwiler worked with Daniel Green.

On Thursday, Detwiler testified that he didn't dislike Green.

Rather, he took issue with Green's conduct as a police officer, saying he was present for numerous discussions about complaints against Green.

"There were complaints from the citizens and there was a complaint from one of the police officers," Detwiler said.

Sandoval's defense attorney has called other witnesses who have called Green's professional conduct as a police officer into question.

Last week, a woman told jurors that Green, in uniform, aggressively confronted her and her boyfriend at an Exeter bar, sat on the hood of her parked car, and threatened her boyfriend with violence.

On Thursday, Sandoval's former co-worker said she witnessed a domestic violence incident between Sandoval and Green in the parking lot outside their Fresno office.

"I saw him grabbing her ponytail and pushing her to the dashboard two times... She was holding her baby," she said.

The woman said she saw Sandoval in the office later that day.

"I saw like a red mark kind of like a bump on her forehead on the left side," she said.

Sandoval's defense attorney says she was the victim of Green's physical and verbal abuse - even after their divorce and birth of their son.

But on February 6, 2015, prosecutors say Sandoval murdered her ex-husband in cold blood, motivated by a new woman he was starting to see.
Report a correction or typo
Related topics:
exetertrialmurderdomestic violence
Copyright © 2021 KFSN-TV. All Rights Reserved.
MURDER