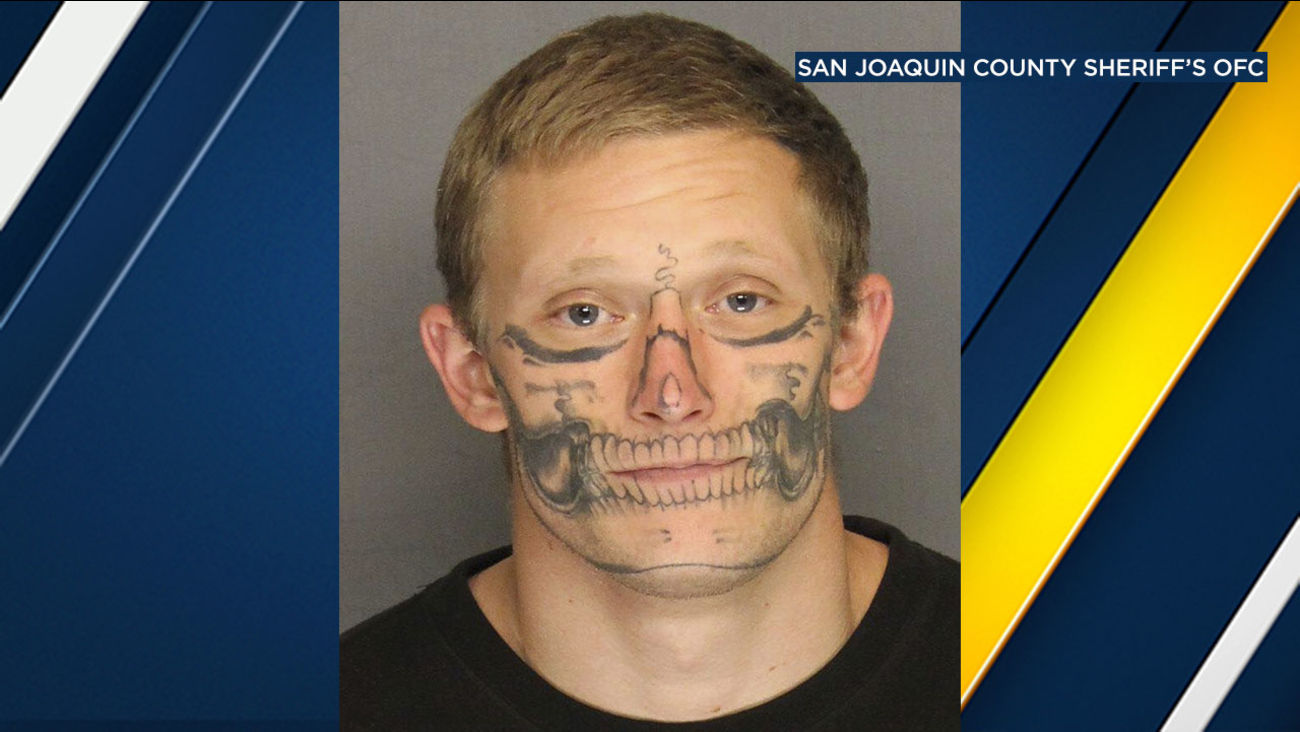 STOCKTON, Calif. -- Northern California authorities are looking for an escaped inmate with a distinctive tattoo that may make him easy to spot.

Inmate Corey Hughes, 27, has part of a skull tattooed on his face, including skeleton teeth around his mouth.

The San Joaquin County Sheriff's Office says Hughes went missing from his work crew at the county Honor Farm on Monday around 1:30 p.m.

He had been sentenced on a weapons charge and was scheduled for release in less than three months - on Feb. 6, 2018.