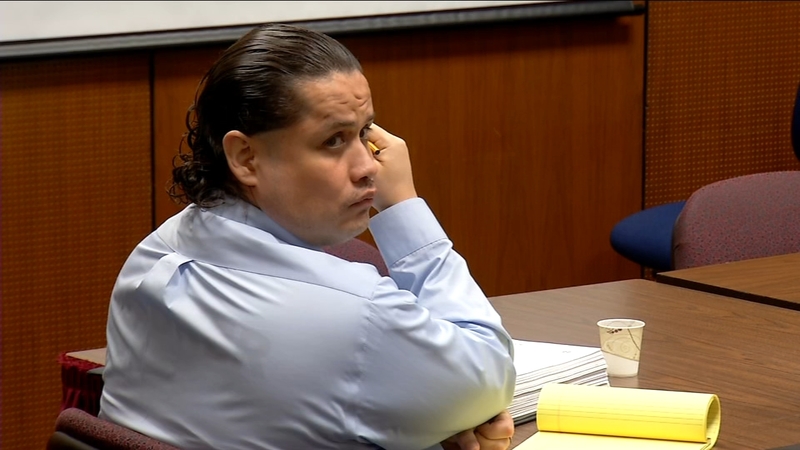 FRESNO, Calif. (KFSN) -- Until Friday, the defendant had not seen the woman he shares three children with for several years.

After 10 years together off and on, she ended their relationship shortly after his arrest.

Marissa Caballero is on the stand in the murder trial of Joel Valera. She says the defendant was her longtime boyfriend. Only he told her his name was Joseph Gutierrez. They have 3 kids together with the last name Gutierrez as well.

Marissa Caballero says she bought a handgun and shotgun that were kept in a bedroom that Valera slept in. The weapons were registered to her name. She also bought ammo for them- but says they were kept unloaded.

There was a lot Marisa Caballero never knew about the murder suspect, including his true and legal name.

Caballero never heard of the name Joel Valera until after he was arrested. She also never knew his birthdate.

The judge is not allowing us to show the faces of civilian witnesses. She told jurors she knew their next door neighbors but mostly just worked and kept to herself.

She said a scare in their previous neighborhood prompted her to buy two guns that she registered to her name. But she kept them unloaded in her boyfriend's closet.

The couple did not share the same bedroom. But the day of the homicide deputies found both guns in the front room.

In an interview with a homicide detective Caballero said the defendant showed her how to load the shotgun and the safety features on it. But now she said ‘it never happened’ and she doesn’t recall ever saying that.

She addressed the trash cans in her front yard and said they were moved there because someone was going through them. But she said she never had any problems with the Gomez family. She also testified they did not provoke her or her boyfriend.

A diagram showed to jurors depicted the place where each person was standing in the front yard during the deadly shooting. The victim's family members were nearby when they said Valera fired across the grass and right into Gomez's chest, killing him.

If convicted, the defendant, who was deported back to Mexico before for prior crimes, could spend 53 years to life in prison.
Report a correction or typo
Related topics:
murder
Copyright © 2021 KFSN-TV. All Rights Reserved.
MURDER