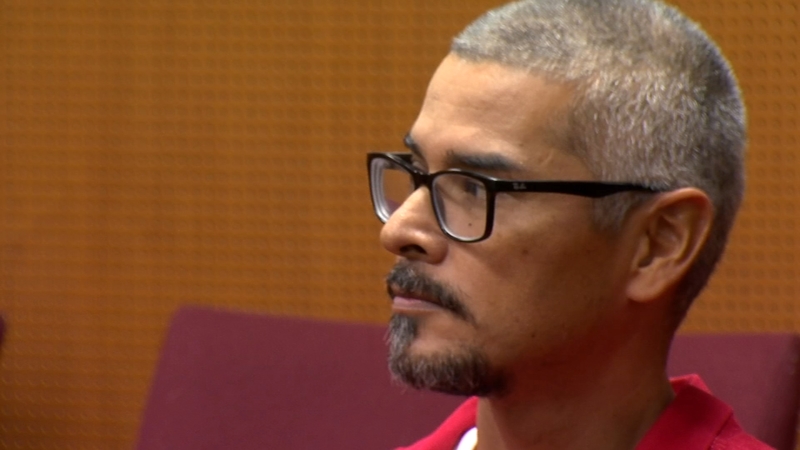 MADERA, Calif. (KFSN) -- A former Madera Police dispatcher has been sentenced to less than a year in jail for sex crimes with a minor.

45-year old Martin Ramos will spend 270 days in jail and pleading no contest to sexually assaulting a 17-year-old girl.

Ramos was facing three years in prison but the judge took into consideration his lack of a criminal history and his cooperation with investigators.

When he comes out of jail, Ramos will have to register as a sex offender and spend four years on probation.

With his head down - and hands cuffed together - Martin Ramos could only listen as his mother pleaded with the judge to have leniency on her son during Friday's sentencing.

After that, the two met up and Fresno Police say an illegal act took place.

Ramos pleaded no contest to one felony count of oral copulation of a person under the age of 18 and one misdemeanor count of child molestation.

"The patience this monster showed in grooming my daughter over four years. He didn't just groom her he groomed us as well to trust him like a father for our daughter," she said.

An anonymous tip led to Ramos' arrest in September of 2017.

On Friday the judge did not mince words when addressing the 45-year-old and the crimes he's been convicted of.