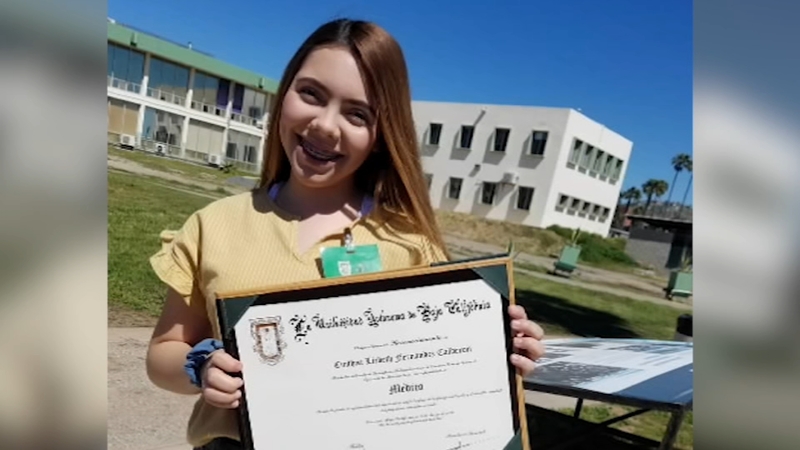 The Exeter community joined together on Wednesday to help a young woman who was hit by an SUV days before her graduation.

18-year-old America Fernandez was walking with her boyfriend in a crosswalk near Highway 65 and Sequoia Drive when they were both struck.

A close family friend says they questioned if she would ever survive what happened to her.

And now they feel like their prayers are finally being answered.

Margie Reed is overwhelmed with emotion, thinking about the first time she saw Fernandez.

"She was in a coma, the chances were not good, the doctors were not optimistic," said Reed.

The Exeter Union High salutatorian was left in critical condition after getting hit by a car.

She spent months in the ICU at Community Regional Medical Center.

And just weeks ago she was transported to another hospital for additional treatment.

But Reed says something changed. she calls it a miracle.

America began to show signs of improvement while at VCH.

As the teen continued to recover, her community stepped up in a big way.

Together they sold 550 sandwich plates and collected donations from people in the community.

All of that went directly to America's family to help with rehabilitation and medical costs.

America is already planning to pay it forward with new goals and plans for her future. She says she wants to be a doctor now.

Doctors say her recovery will be long.