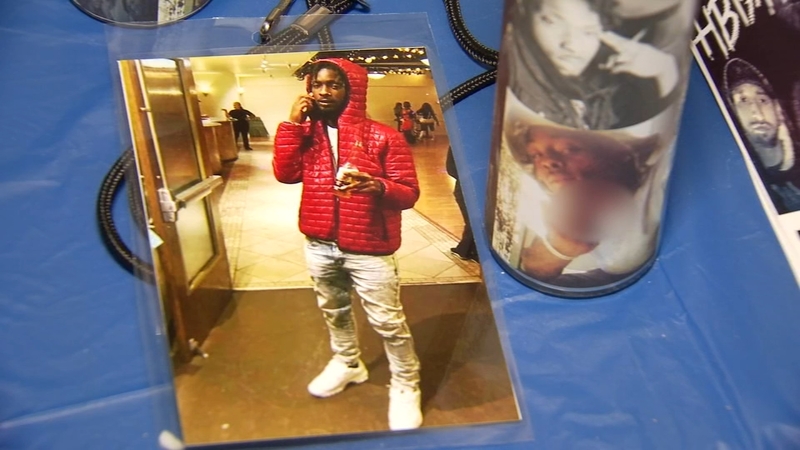 "He was always writing something up," says niece Patience Porter. "I'm going to miss him."

His friends say he was gifted and anyone who heard his music instantly recognized it.

"You just never knew how high his ceiling was going to be," says Justin McLean. "I respected his music and him as a person was angelic."

Last Friday, Jackson was shot and killed in central Fresno.

Investigators say he and a friend were sitting inside a car at Inyo and Backer when suspect Tywain Robinson fired at them.

Only Jackson was struck by the gunfire.

His friend who was driving the car tried to rush him to the hospital but only made it to Divisadero and Highway 41.

Jackson's family has been struggling since. His little brother, Gary Picton, is doing his best to live by his brother's words.

"He was always the one who pulled everyone together in our group of friends, and so I feel like we owe it to him to come together and just show each other love and that is all we can do while we're here," he said.

Jackson was from Los Angeles and made his way to Fresno to further his music career.

His music now means more to his loved ones than it ever has.