FRESNO, Calif. (KFSN) -- It was a chaotic scene overnight off Fulton near Sacramento Street in downtown Fresno.

Video captured by an ABC30 insider showed the aftermath of a deadly crash that took place just after midnight on Saturday.

Witness Joseph Verduzco said the scene was "pretty overwhelming, a lot of emotions."

The driver of a truck slammed into five parked cars, killing his passenger.

"He was unresponsive and had no pulse, we removed the individual, began CPR on him until paramedics arrived and unfortunately he was pronounced deceased at the scene," said Fresno Police Lt. Bill Dooley.

According to police, 24-year-old Francisco Cabrera was under the influence when he was behind the wheel. 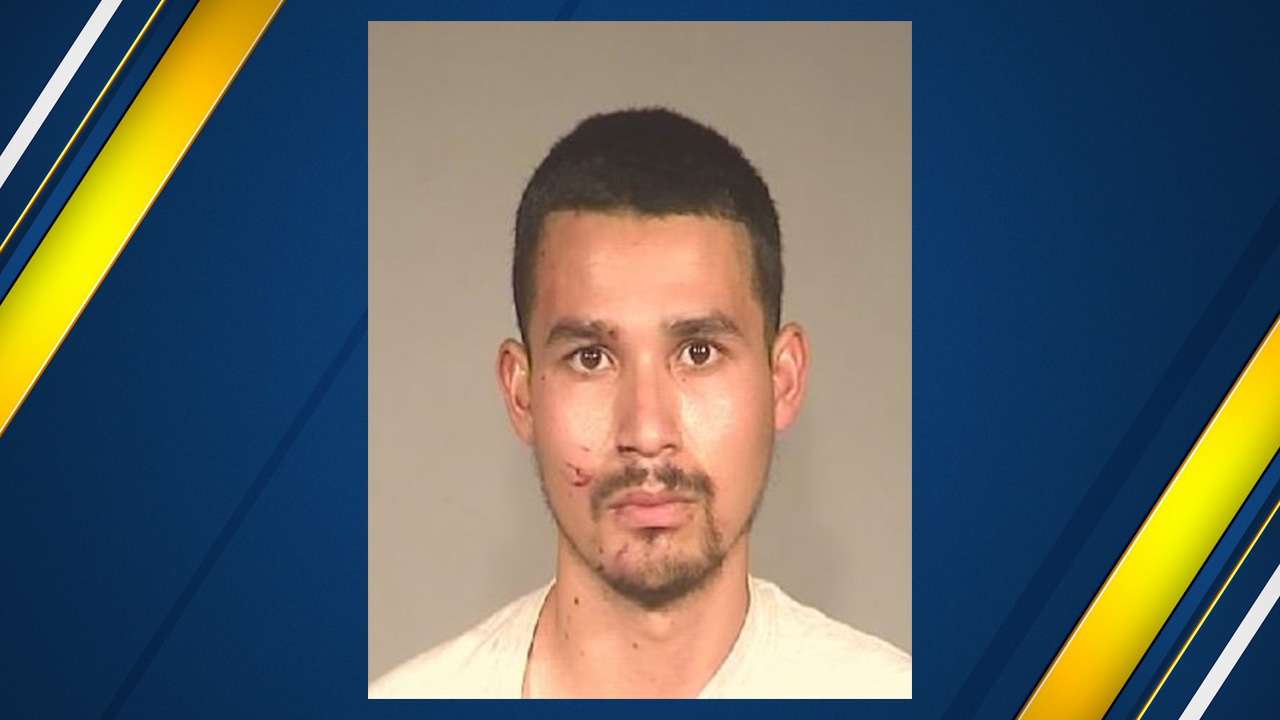 He was traveling at a high speed down Fulton before crashing.

One of the vehicles he hit belonged to Joseph Verduzco.

"I came out here and saw my car completely totaled," Verduzco said.

The force of the crash was so strong, it smashed the back end of Verduzco's car and spinning it 180 degrees.

"When I saw it, it was completely turned around, so you know the truck that hit it had to be coming pretty fast," he said.

Verduzco is now working with his insurance. He says the damage is a minor loss in comparison to the loss of life.

A Fresno State graduate himself, he says it all hits close to home.

"My heart goes out to them. I wish them the best through these hard times," Verduzco said.

According to Palma's brother Ezequiel, Luis and Cabrera were both friends and went out to an event on Friday night.

The family is still in shock.

"My father is really strong. He is trying to keep me and my younger brother motivated and keeps giving us words to not worry, to not cry, that it is going to be OK," said Palma's brother, Ezequiel.

Ezequiel spoke to Action News over the phone about his brother.

"We were really close, there wasn't a single thing we didn't tell each other," he said. "Sometimes it felt like he wasn't our brother, he was one of our closest friends, we could trust in him and I and my younger brother really looked up to him a lot."

Ezequiel said his brother aspired to be a teacher. Luis started his final semester at Fresno State a few weeks ago and was a member of the Nu Alpha Kappa fraternity. He was working towards his credential and tutored third graders.

"He was always smiling no matter what the situation was. He would smile and find a way to make everybody happy and laugh," he said.

According to Ezequiel, his brother and Cabrera were close friends. His family says Cabrera was a good person.

"Even though he was the driver my parents have told me, that no matter what is going on, they do not blame him because they were friends," he said.

The family has set up a GoFundMe account to help with funeral expenses.