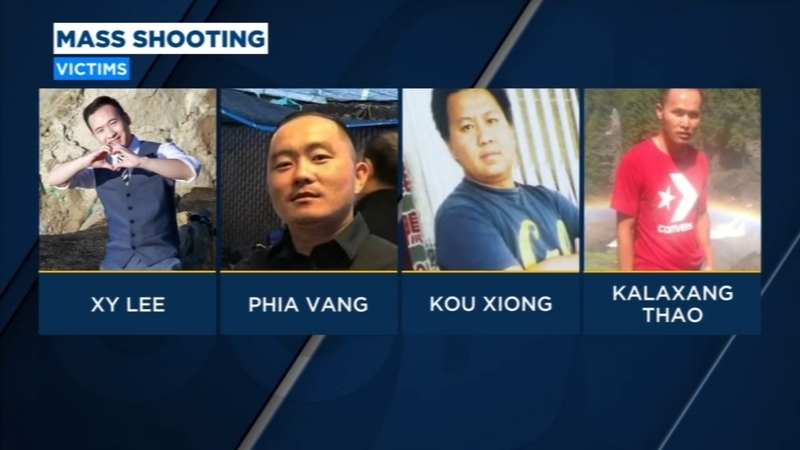 FRESNO, Calif. (KFSN) -- The past six weeks since the mass shooting at a home on Lamona Ave. have been agonizing for the family members of Xy Lee, Phia Vang, Kou Xiong and Kalaxang Thao.

They have shared their sorrow at vigils and come together for funerals. Xiong's brother says his family has also prayed the killers would be caught.

He was filled with gratitude after hearing the news that six suspects are now in custody.

"I feel happy and appreciate the police officers for the hard working," says Vue Xiong.

Vue says he does not recognize any of the gang members who were arrested, and he does not know why they would target his home.

The attack has been especially difficult for Vue because he was close with all of the victims who lost their lives in the shooting.

Loved ones have described the four men as hardworking and family-oriented. They made music, played sports, and made an indelible impact on the community.

Many of the law enforcement leaders who spoke during Tuesday's news conference expressed their condolences to the victims' relatives and their hope that the arrests will bring them some solace.

"We have made contact with most of them," says Andrew Hall, Chief of the Fresno Police Department. "I'm sure there's some sense of relief that these suspects are off the streets and there will be no other victims, but again they're still dealing with a lot of pain and