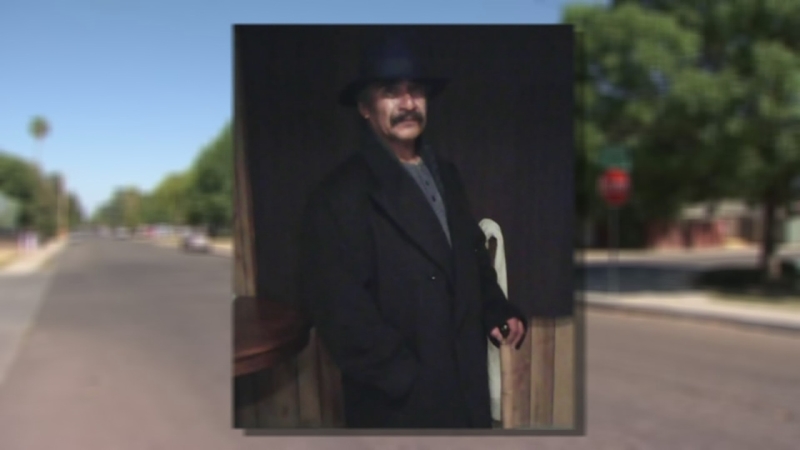 FRESNO, Calif. (KFSN) -- The family of the man hit while riding his bike and left for dead is seeking justice.

Fresno Police say the hit and run happened around 7:30 am Friday.

Ruben Alvarado was riding his three-wheel bike down Simpson Avenue when he was hit near the College Avenue intersection.

His niece, Nicole Ramos says he was biking home from his son's house. She says, "From what I was told he was hit from behind and (dragged) for three or four houses down."

The 57-year-old, father of two, was rushed to Community Regional Medical Center where he underwent surgery for internal injuries.

"By Saturday morning his lungs started working again. It's a miracle," Ramos said.

Though he's not out of the woods yet, Alvarado's family is staying hopeful and looking for answers.

Police are looking for the driver of a white Chevy Silverado from the late 90s or early 2000s. The truck was last seen driving northbound on College toward Shields.

They're asking any witnesses or neighbors with surveillance video in the area to come forward.