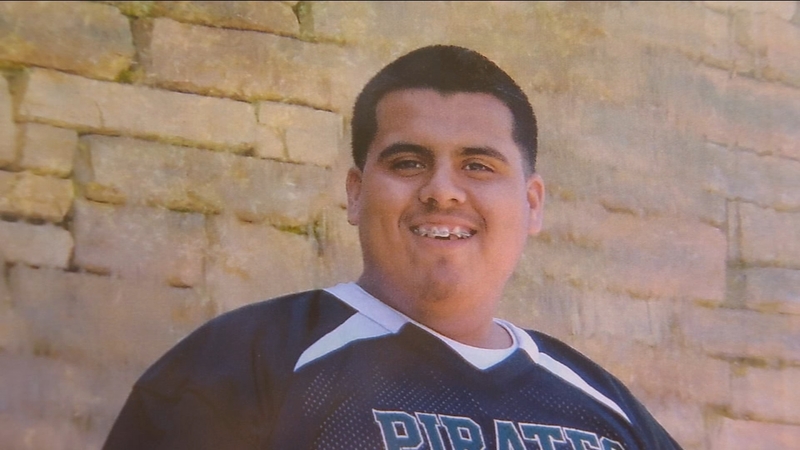 FRESNO, Calif. (KFSN) -- Lorenzo Herrera's parents say he told them he was afraid in his pod with about 50 other violent inmates. But Sheriff's officials say he was in jail, in part, for shoving a gun in the face of a California Highway Patrol officer.

The son Carlos and Anna Herrera say they remember was gentle and happy go lucky.

They say for the past six months they have felt frozen in time, with life passing them by.

Carlos says most days their grief lingers, "When somebody tells you-you got to go to the Fresno County Sheriff's Department to discuss your son, it becomes very shocking. Then not being able to see him, identify him."

According to the lawsuit filed Thursday, Lorenzo was found in March around lunchtime dead in his cell.

The documents allege none of the guards could see into his cell from where they were seated or the video screens they monitored.

Lorenzo did not have the bail money to get out after he was arrested on charges of felony burglary.

Diana Kruze is a Bay Area attorney representing the Herrera family. She says he died a brutal death without ever making it through the criminal justice system.

"This could have been prevented. There is no adequate supervision. They are grossly understaffed. There are no cameras, or there are at least not sufficient cameras there."

Carlos Herrera has a lot of questions about why his son's life ended in the place where he assumed he was safe. He had hoped that once Lorenzo was set free, he would have a renewed chance at life, a good, wholesome life.

Lorenzo's parents also allege in the lawsuit he had a brain condition from football injuries and was insufficiently treated for it during his time in custody for it.
Report a correction or typo
Related topics:
fresno downtowninmatesfresno county sheriff department
Copyright © 2021 KFSN-TV. All Rights Reserved.
More Videos
From CNN Newsource affiliates
TOP STORIES