After his son died in crash, Pennsylvania dad takes girlfriend to prom 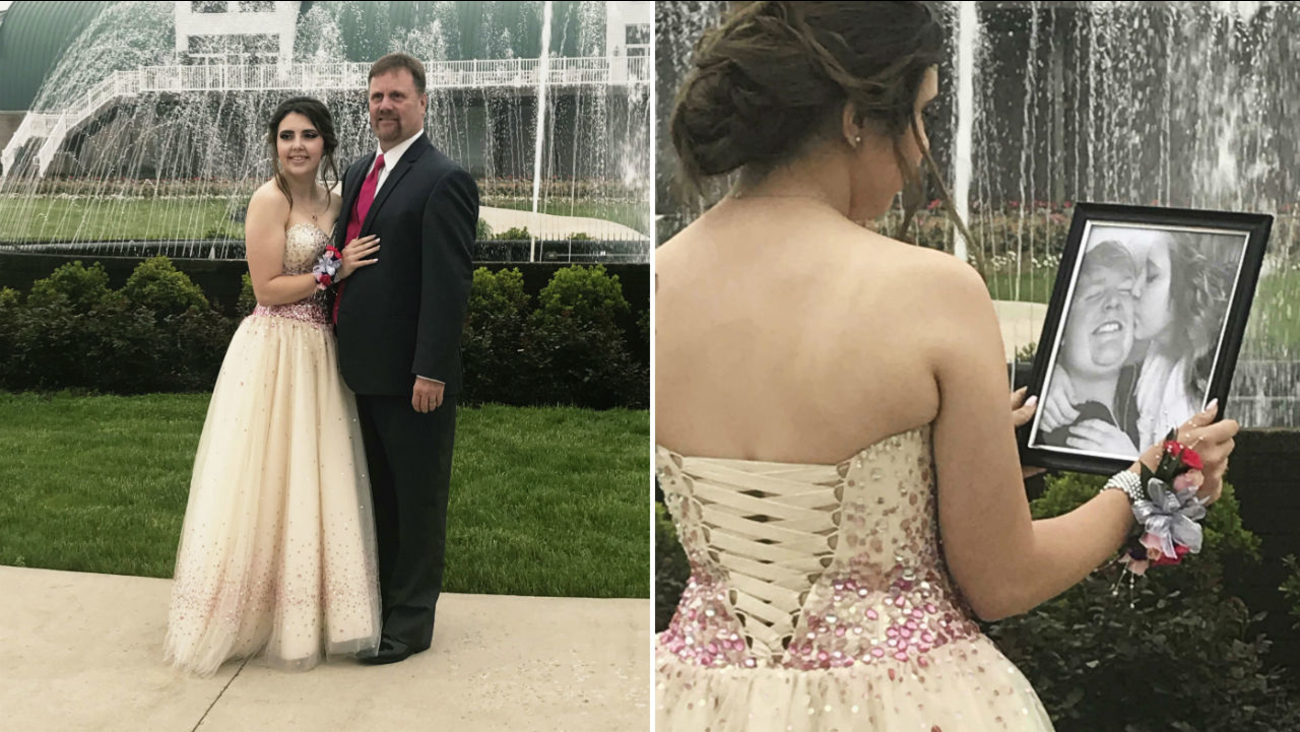 AP
MERCERSBURG, Pennsylvania -- It was supposed to be Carter Brown putting on the corsage and doing funny poses in photos with his date for senior prom.

His father instead took his place, one month after the Pennsylvania teen died in a car crash.

Robert Brown took Kaylee Suders to the James Buchanan High School event Saturday, because he said he knew his son would've still wanted Suders to go to the prom.

Carter Brown was heading home from Indiana State University April 15 to surprise Suders when his car crossed into the opposite lane and was struck head on. The 19-year-old was pronounced dead at the scene.

Suders said she didn't want to attend prom after Carter's death, but changed her mind when his father asked to accompany her.

"I didn't have to think about it," she told the Centre Daily Times. "I definitely said 'yes."

The pair celebrated the event with a dinner beforehand at the same T.G.I. Friday's where Suders and Carter went on their first date.