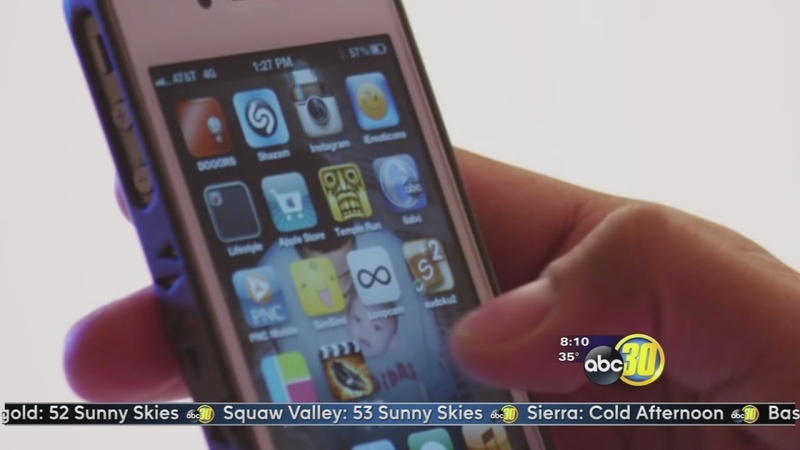 FRESNO, Calif. (KFSN) -- Teens are using "Sneaky" apps to hide information and images on their phone, from questionable texts and pictures even a hidden list of contacts.

Most of them are free to download, giving teens access to a secret folder on their smart phone.

"We insist that we have access to all their stuff," parent Jack Dean said. "We have their passwords so we can see what they're doing."

But in this day in age is that good enough?

Clovis High School Principal Denver Stairs says no. "It's kind of one of those things that are ever changing so we do our best to know what's going and kind of what's current," Stairs said.

Stairs said there are many smart phone apps parents need to be aware of. Some of the popular ones like Calculator Percent, KY-Calc or Best Secret Folder. They're disguised as a fully function calculator or utilities folder, but when a secret pass code is entered, it unlocks a whole new gateway for your child.

"It will say hide your sexy your sexy pictures here," Stairs said. "Or hide pictures from parents, hide documents. That kind of thing."

For example, the Ky-Calc app has a secret web browser, a hidden folder for images, even a separate contact list parents would not be aware of. But the dangers could go far beyond secretive texting and image sharing with friends.

Stairs showed us a video chat app called Omegle marketed as a way to talk to strangers. "There's no guarantee who's on the other end and what they're gonna see," Stairs said. "And that to me is very concerning."

"We've all heard those stories of the stalker or child predator that have the accounts that say they're 14 or 15 kids and when they find them, they're 45-year-old men or women on the other end," Stairs said.

And "disappearing photo" apps like Snapchat might embolden kids to send more explicit photos and texts than they would have before through traditional texting.

"Everything you post leaves a footprint and people will always have access to it? And even though you think it might get erased," Henderson said. "It may always live on in the electronic world.