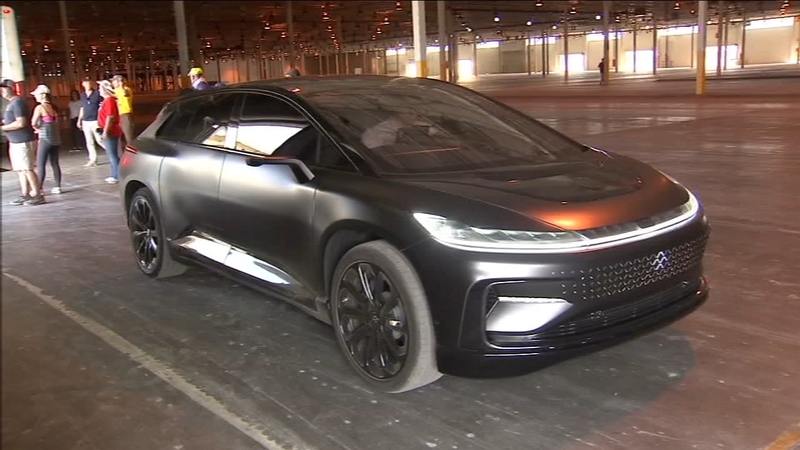 In a recent four-paragraph statement posted on Twitter, Faraday Future said its key Chinese investor, Evergrande Health Industry Group, had failed to live up to its end of the bargain by not making payments that it said it would.

Last year, Evergrande infused life into the cash-strapped electric car startup by committing to a $2 billion investment, starting with $800 million, for a 45% stake in the company.

"They got very favorable terms in this deal, mostly because Faraday Future was backed up against a wall, needing money so badly," said Sean O'Kane, a reporter with The Verge who has been covering Faraday Future in-depth for more than a year. "They have language that basically just on a whim lets them say, 'We think there's been a dereliction of duty in this guy's position as CEO of the company, and he's not leading them in the right direction. They can essentially just snap their fingers and take his voting shares, his controlling shares in the company, and legally transfer them over to (the investor)."

After Faraday spent the initial $800 million investment, they asked the investor for more money-their goal is to start production of the FF 91 vehicle at the Hanford plant in 2019.

But Evergrande didn't pay, even though Faraday said they agreed to.

"This is a matter of basic, common-sense fairness-Evergrande shouldn't be permitted to withhold the funding and simultaneously prevent FF from accepting alternative financing or investments," Faraday said in their statement.

The dispute is now reportedly headed to arbitration in Hong Kong, with Faraday saying it will pursue other funding opportunities.

But what does it mean for the Hanford plant, and the 1,300 employees that Faraday has said will work there?

O'Kane doesn't think the plan to create electric cars in the heart of California will be abandoned.

"If it comes to blows and the investor tries to kick out this CEO, I don't think that they would just leave the factory untouched," O'Kane said. "They got all the talent there, they've got the production line pretty much ready to go. I think the question is really how many cars is Faraday Future going to want to make in this facility going forward."
Report a correction or typo
Copyright © 2021 KFSN-TV. All Rights Reserved.
More Videos
From CNN Newsource affiliates
TOP STORIES