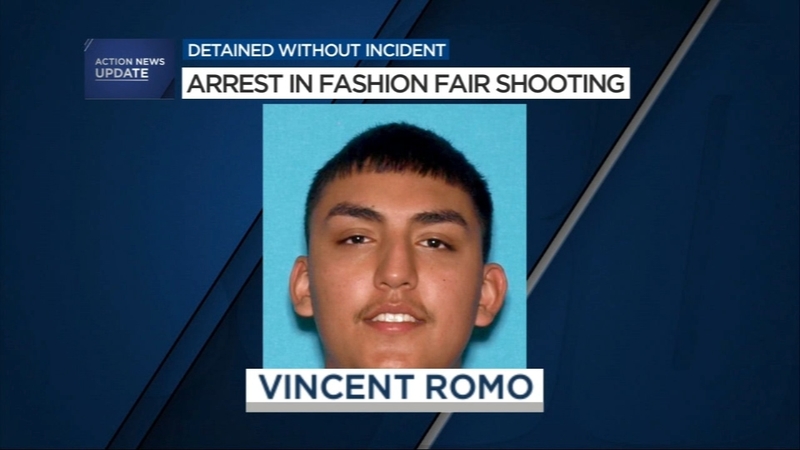 FRESNO, Calif. (KFSN) -- Prosecutors revealed new details Wednesday in the case of a shooting at Fresno's Fashion Fair Mall as city leaders make moves to keep the mall safe for employees and customers.

Gang disputes led to the most recent gunfire in a series of violent incidents, according to prosecutors.

Police are hoping they can keep things calmer just by showing up.

For the moment, Vincent Romo is alone in facing charges for an April 17 gunfight at Fashion Fair Mall.

Prosecutors say they don't think the 19-year-old from Dinuba was the shooter, but he's a gang member who knew what was coming when he went to the mall with Angel Burciaga and Brandon Soto.

"He and two other fellow gang members drove to the city of Fresno, went to a very public location within the city of Fresno where their understanding should've been they would be confronted with rival gang members," said deputy district attorney Ismail Aliyev. "Effectively, they were looking for a fight."

A fight they got and when someone opened fire, they sent a panic through the mall.

Some employees at the mall tell us they don't feel safe after four gun crimes in the last seven months, as well as a fifth crime where suspects broke the glass at a jewelry store and the crashing glass was mistaken for gunfire.

"When we have gun violence at a prominent place like Fashion Fair, it's really drawn to our attention," he said. "It's not necessarily indicative of an overall trend at the mall, but we're still taking it very seriously."

Police have increased their presence around the mall in the short term.

Maxwell is planning a meeting next week between his office, police, and the mall's employees and management.

"The purpose of this meeting is to figure out what is the long term solution," Councilmember Maxwell said. "Are we going to increase police presence overall at the mall? Are we going to take additional measures? What is the mall going to do on their end to increase their private security."