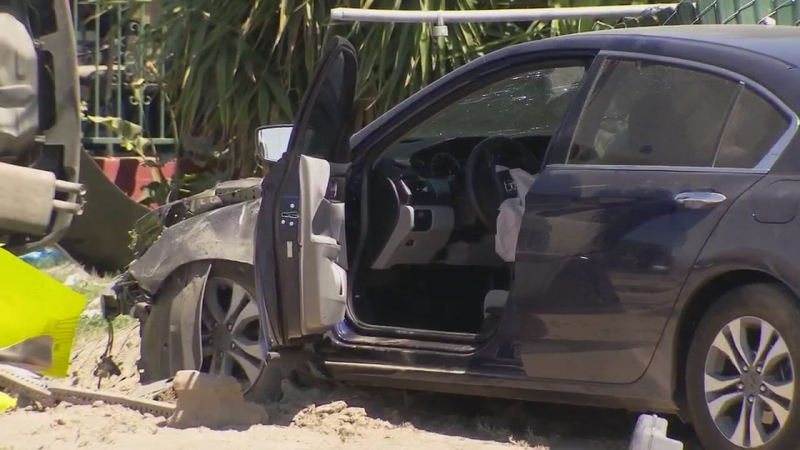 FRESNO, Calif. (KFSN) -- A two-car crash turned deadly after a driver t-boned another sending them careening into the front yard of a home.

CHP investigators say this is not their first time out at this intersection.

"Once again, same story, different scene. I don't get it. I don't understand it. Plainly visible stop sign," said Edward Jacobs of the CHP.

Investigators say just after 2:30 p.m. on Sunday, two people from Reedley were headed eastbound on Rose Avenue approaching the Bethel Avenue intersection that is a two way stop.

Bethel Avenue has a stop sign for both directions of travel, Rose does not.

Neighbors tell me the erratic driving in the area is why they’re moving. These pictures show about four of the pillars they had put in were taken out by the crash. @ABC30 pic.twitter.com/FSUkDoFp5R

According to CHP, a Honda Civic carrying a family of four missed the stop sign crashing into the pair.

"Caused the Ultima to roll several times and ran into the yard," said Edwards.

Upon arrival, CHP says the pair, in their 50's had died.

The family of four was transported to Community Regional Medical Center, including their nine-year-old son and four-year-old daughter who had major facial injuries.

"There's a sign prior to this intersection that says hey there's a stop sign ahead. There are lines on the roadway. You're just distracted. You're not paying attention. You don't see basic objects like that," said Edwards.