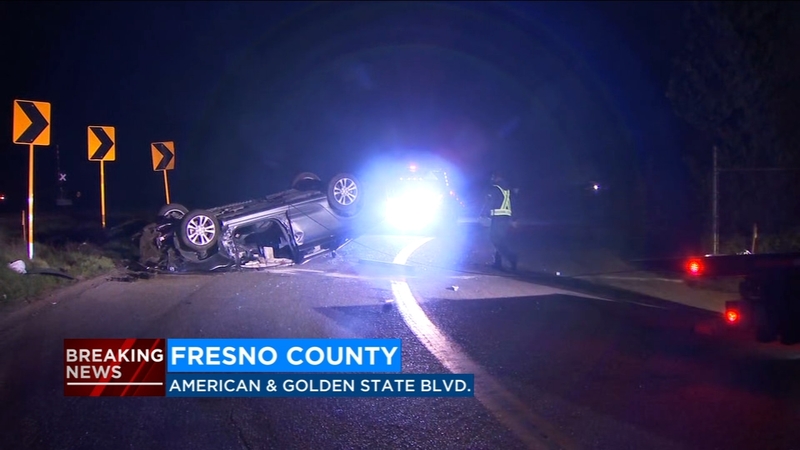 FRESNO COUNTY, Calif. (KFSN) -- A woman was killed and man was injured in an early morning crash in Fresno County, according to the California Highway Patrol.

It happened just after 2 a.m. Monday on American Avenue and Golden State Boulevard.

No one reported the accident but a California Highway Patrol officer that was driving by spotted the car flipped over.

The 28-year-old driver was able to get out of the vehicle but the female passenger died on scene.

Police say was traveling westbound on American when it failed to stop, went over the divider and flipped over.

It's unknown how fast the car was traveling but officers believe alcohol played a factor in the crash.