Motorcyclist killed after crashing into big rig in northwest Fresno 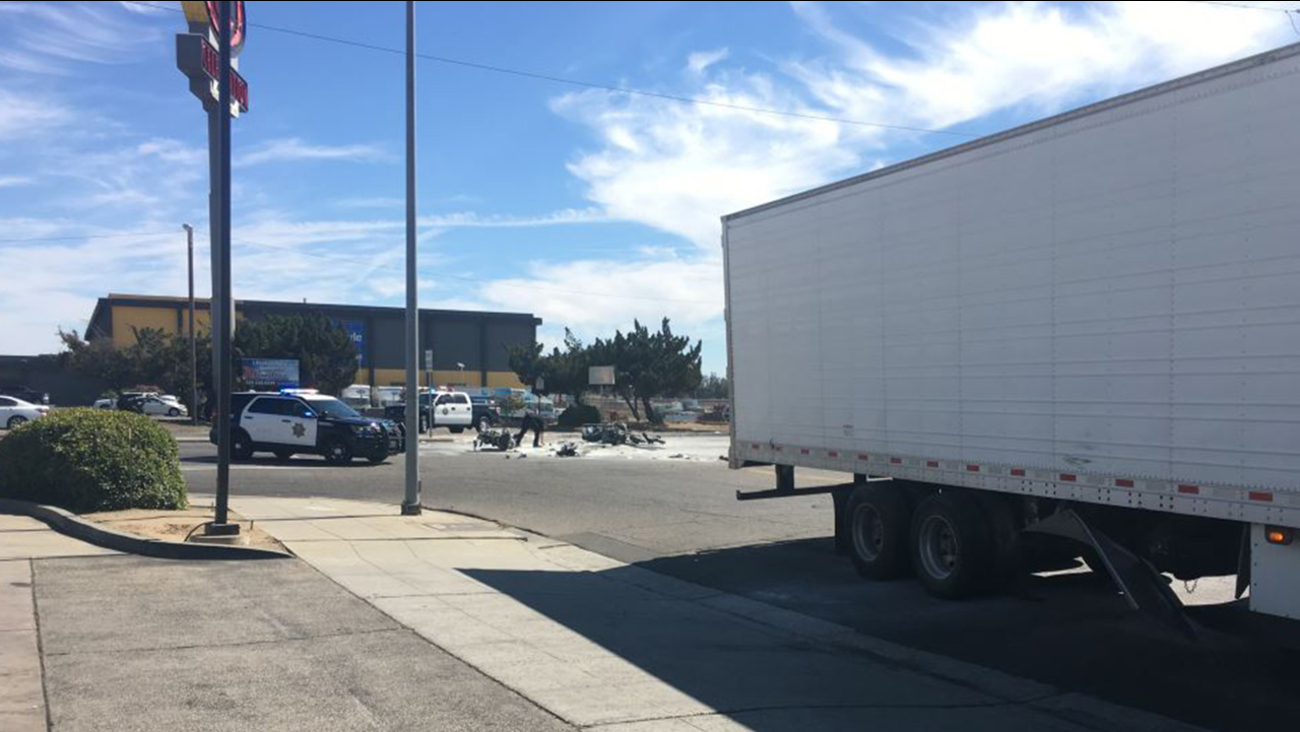 FRESNO, Calif. (KFSN) -- Fresno Police say a motorcyclist died and another is critically injured after both riders crashed into a big rig in northwest Fresno.

Officials say the motorcyclists were traveling at a high rate of speed on westbound Shaw when they crashed into a big rig turning north.

Officers say both motorcyclists were unresponsive and transported to Community Regional Medical Center, where a 25-year-old rider later died. The second motorcyclist, a 32-year-old man, has critical injuries.

Traffic on eastbound and westbound Shaw between Blythe and Golden State was shut down following the crash.

Investigators are working to determine if drugs or alcohol were a factor in the crash.
This is a developing story. Stay with Action News for updates.