The crash happened Friday on San Diego and Belmont Avenues around 6:20 pm.
KFSN 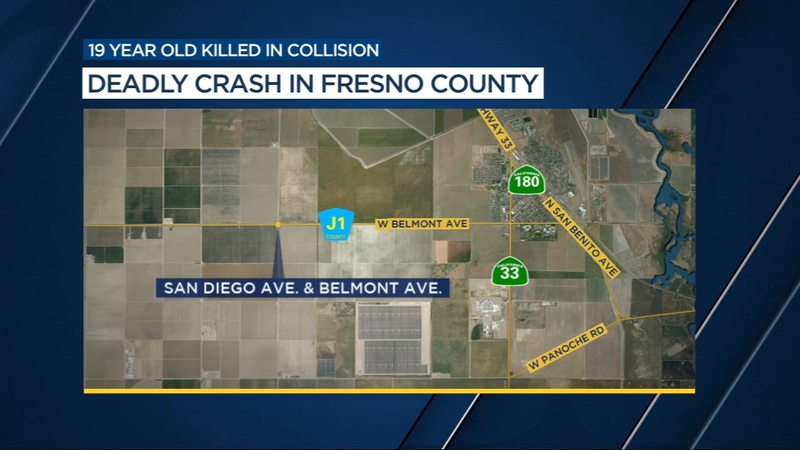 FRESNO, Calif. (KFSN) -- The California Highway Patrol is investigating a crash that killed a 19-year-old man in western Fresno County.

The crash happened Friday on San Diego and Belmont Avenues around 6:20 pm.

Officers say the 19-year-old was speeding southbound on San Diego. He passed three cars and then failed to stop at the intersection at Belmont.

The man's Chevrolet crashed into the left side of a Freightliner that was eastbound on Belmont, hauling an empty 53-foot box trailer.

CHP officials say the 19-year-old suffered major injuries and died at the scene. His name has not been released.

The man 55-year-old driver of the Freightliner was not injured in the crash.

The CHP said drugs or alcohol do not appear to factors in the collision.