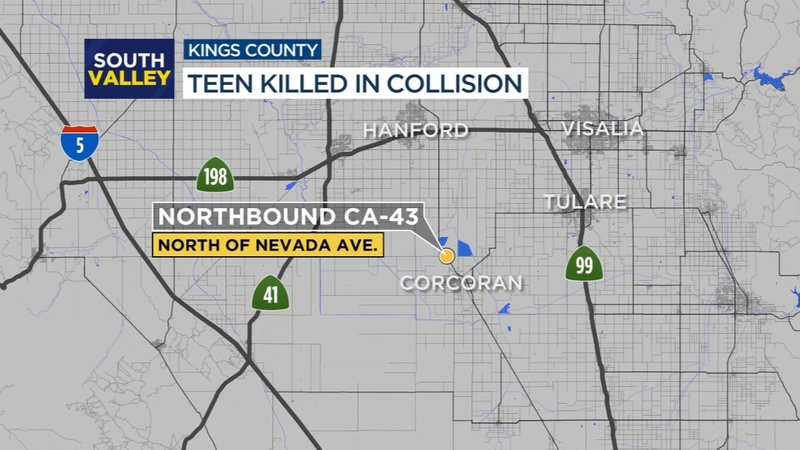 KINGS COUNTY, Calif. (KFSN) -- A 14-year-old boy was killed in a crash in Kings County early Sunday morning, according to the California Highway Patrol.

It happened just after 3:30 am along northbound Highway 43 near Nevada Avenue, north of the city of Corcoran.

Investigators say a driver lost control of his car while driving along the curved road. The vehicle drifted into the dirt shoulder and overturned several times.

The teen was ejected from the car and died. The boy was not wearing a seatbelt, officials said.

CHP officers say it does not appear that alcohol or drugs were factors in the crash.