WABC
By Derick Waller
EAST FLATBUSH, Brooklyn -- An off-duty officer is due in court after he was arrested and charged in a deadly two-car crash in Brooklyn. The father of the woman killed in the crash is now speaking out about his pain.

Earlier prosecutors announced charges of vehicular manslaughter, criminally negligent homicide, reckless driving, a speed violation and driving while ability impaired, against the officer, but now say they're holding off on those charges -- for now.

The driver of the Mazda SUV took off.

A 22-year-old woman in the SUV was taken to Kings County Hospital in serious condition and another passenger, 23-year-old Joanna Dixon died.

Dixon was out celebrating her birthday. Her father is distraught.

"Pain, pain," said Collin Dixon, Joanna's father. "I wish she were here, but we'll get through it."

He's still processing the sudden and tragic death of his daughter.

"So she was celebrating with her friends. Her stop was going to be the last stop," Collin Dixon said.

The York College student never made it home. Her friend remains hospitalized.

The young man that was behind the wheel of the Mazda allegedly ran a stop sign and fled the scene.

Joanna's father called him a "coward" and he had this to say to the cop, now facing a list of charges.

Friends and family left candles and flowers at the scene to remember her. 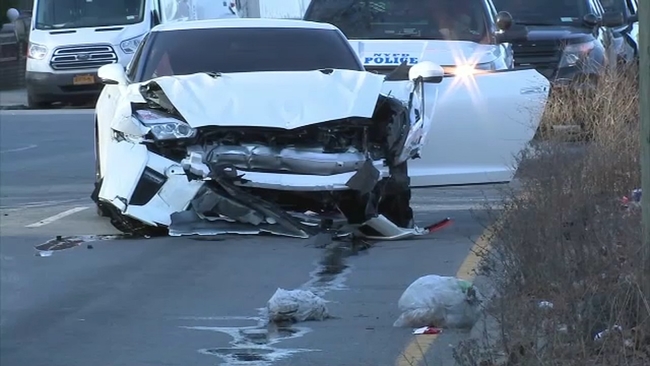