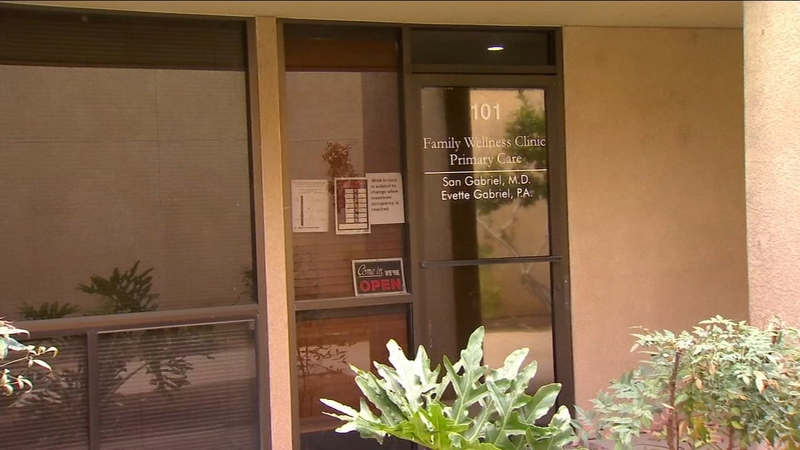 FRESNO, Calif. (KFSN) -- The FBI and the California Department of Justice are investigating health clinics in Fresno and Clovis because they're accused of giving people partial doses of shots like a vaccine, but they're billing the state and other insurers for full doses.

As a few patients sat inside her Clovis clinic waiting for medical help, Action News confronted Evette Gabriel about giving a lot of them much less than they needed.

All she heard was a conspiracy in the accusations against her from five current or former employees.

"I can't believe this is happening and someone from my office is doing this to me," she said.

We uncovered a search warrant revealing medical assistants at the Family Wellness Centers in Clovis and Fresno told investigators Gabriel would double the number of patients who got injections from each flu vaccine vial.

They said she'd do the same with other shots too -- like for birth control, the tetanus vaccine, or the tuberculosis test.

But she'd bill the full amount to insurers, including Medi-Cal and Medicare

Gabriel admitted she sometimes reduced dosages but claimed she only did it for shots she was administering to herself.

"You're telling me you've never reduced the dosages on the vaccines you're giving your patients?" an Action News reporter asked her.

But with the FBI's help, one of her employees recorded her discussing reduced dosages.

Investigators say Gabriel told the employee that patients who got full dosages of the tuberculosis test would get TB. If they got a full dose of the flu vaccine, they'd get the flu.

"That has to be the biggest lie known to man," said Dr. William Ebbeling, an allergist and former pediatrician.

Dr. Ebbeling says cutting down on the dosages could completely defeat the purpose of the shots, letting patients get pregnant or seriously sick. For example, researchers design vaccines at very specific sizes to help you create antibodies to fight viruses or bacteria.

"So if you're doing half the dose or a fourth the dose, it's bound not to do as much response or be as protective," he said.

To this point, the investigation hasn't led to criminal charges, but the Department of Justice seized billing records in the last couple of weeks.