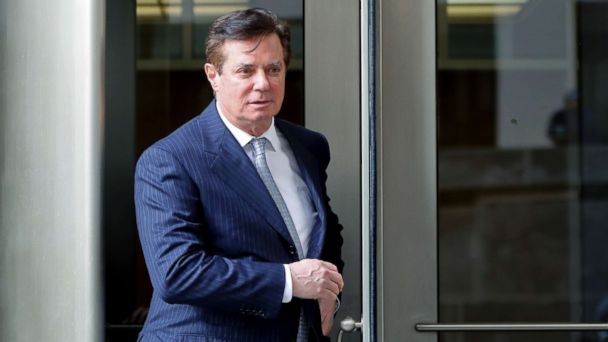 A federal judge presiding over special counsel Robert Mueller's case against Paul Manafort asked prosecutors for the "underlying evidence" to support their claims that the former Trump campaign chairman lied after signing a cooperation agreement as part of their probe of Russian election meddling during the 2016 campaign.

Defense attorneys for Manafort and prosecutors with the special counsel's office met Tuesday in a federal courthouse for the first time since Robert Mueller and his team described the subject of lies Manafort of perpetrating. The defense counsel said they did not have enough information from the government about their client's alleged lies to respond to their allegations Tuesday.

A series of January deadlines were set for the defense to submit disputes with the government's accusations and for the prosecution to respond.

The special counsel's office filed a heavily-redacted court document last week accusing Manafort of providing false information about his contacts with Trump administration officials and interactions with Konstantin Kilimnik, a longtime business associate whom the special counsel has identified as a former Russian intelligence officer.

According to the document, Manfort also lied about money laundering, a wire transfer to a firm that was working for him, and "information pertinent to another Department of Justice investigation."

Manafort's lies, Mueller wrote, amounted to a breach of his plea agreement.

Tuesday's hearing was largely perfunctory, with U.S. Judge Amy Berman Jackson asking both sides how to proceed. The defense will have until early next year to file court documents responding to each allegation of their client's lies.

Defense counsel said they did not have enough information from the government about their client's alleged lies to respond to their allegations Tuesday.

Manafort, who was found guilty on eight counts of tax and bank-fraud in Virginia the previous month, struck a plea deal with Mueller's team in September on the eve of a second trial in Washington, D.C.

But the agreement fell apart last month when prosecutors accused Manafort of breaching his plea deal by lying during interviews after signing on to "broad" cooperation.

In another wrinkle to his cooperation, ABC News has reported that Manafort's legal team has continued sharing information about his interactions with Mueller's team with the president's legal team, a development that has reignited speculation that Manafort could be pining for a presidential pardon.

Regarding a possible pardon for his onetime campaign chairman, Trump told the New York Post last month that he "wouldn't take it off the table."

Sen. Marco Rubio, R-Florida, said on "This Week" Sunday that pardoning Manafort would be a "terrible mistake" and that doing so could possibly "trigger a debate about whether the pardon powers should be amended."

Manafort joined the Trump campaign in March 2016 and became the campaign chairman in May of that year. He departed the Trump campaign in August 2016 after reports appeared in The New York Times and the Associated Press that suggested he had engaged in illegal lobbying activities in Ukraine.
Report a correction or typo
Related topics:
abc newsnational
Copyright © 2020 ABC News Internet Ventures.
More Videos
From CNN Newsource affiliates
TOP STORIES