Inside the base camp for Ferguson Fire crews 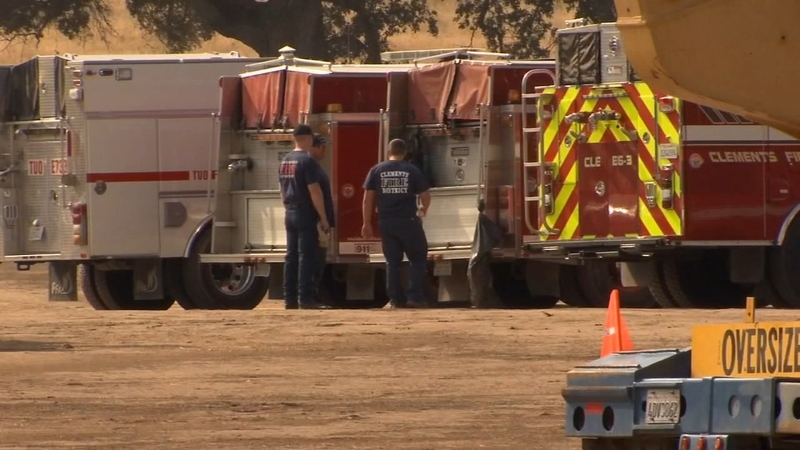 Inside the Ferguson Fire camp

MARIPOSA COUNTY, Calif. (KFSN) -- Tucked Back in Ahwahnee, you will find the base camp for the thousands of firefighters and crews responding to the Ferguson Fire. It is almost a small city.

Some firefighters have already been at the camp for a week, and it could be another week before they get to take a break and go home.

RELATED: Evacuations ordered as Ferguson Fire gets close to Yosemite

For the past few days, an inversion layer causing low lying smoke made it difficult for crews to fly into the area and see where the flames are, but Friday could be even tougher. Fire officials say the inversion has lifted which will allow more air to get to the fire, causing flames to become more intense

It is at the base camp where those crews get relief from the intense fire lines and triple-digit heat.

More than 2,700 people are working together to help battle the Ferguson Fire with everything from medical supply trailers, to mobile sleep units with beds and air conditioning, plus a field filled with tents where teams are camping out.

"Some people will add to it," says Olow. "They will buy director's chairs, lawn chairs; some people have cots, some people bring in air mattresses, You make it as comfortable as you possibly can."

Bishop Services Catering is providing all of the food and hydration for the thousands of people here working hard against the Ferguson Fire.

"The first day, I actually came out and helped, we did 147 gallons of coffee in one hour," said assistant manager Richard Smith. He said they also serve, "Orange juice, Kool-Aid, and iced coffees."

The catering company has daily deliveries of food and two kitchens to cook and prepare thousands of meals within a few hours, making sure firefighters are getting the nutrients they need to stay in good health.