KFSN
By Nathalie Granda
YOSEMITE NATIONAL PARK, Calif. (KFSN) -- The Ferguson Fire has now moved into Yosemite National Park and has jumped Highway 41 inside the park near the junction with Glacier Point Road.

Fueled by a changing weather pattern, the fire has been acting more erratically on Friday and has exploded in size, growing by about 3,600 acres during the day. The 22-day old fire has now burned 77,207 acres and is now 41 percent contained.

Crews are working to extinguish spot fires that jumped containment lines near Highway 41 on Friday afternoon and started advancing toward the Badger Pass ski area, which is currently serving as a base camp for fire crews.

Also on Friday afternoon, evacuation orders were reissued along Highway 140 out of concern that shifting winds overnight could bring the fire back into the communities of Cedar Lodge, El Portal Trailer Court, Incline Road, Rancheria Flat - Government Housing, and Savage's Trading Post.

Earlier in the day, and farther north in the park, another spot fire jumped the Merced River and started burning near Crane Creek. Crews are working to build containment lines between that fire and the Foresta community.

An evacuation order was also issued for Yosemite Valley on Friday afternoon due to a power outage and the road closures caused by smoke and the unpredictable fire. Fire officials say the Valley is not in imminent danger. The park was already closed to guests, but many of the employees at the park had remained in the Yosemite Valley until today.

The Yosemite Valley, Wawona Road, the Mariposa and Merced Groves of Giant Sequoias, Hetch Hetchy, and other areas will remain closed to visitors through at least Sunday.

Friday's weather sent huge plumes of smoke into the air. They were so large that astronaut Alexander Gerst aboard the International Space Station was able to capture a clear image of them and posted it to Twitter.

California burning. These fires are frightening to watch, even from space. Here's a shout-out from space to all firefighters on this planet, my former colleagues. Stay safe my friends! pic.twitter.com/y7PNmR006b

A total of 11 firefighters have been injured battling the Ferguson Fire, and two firefighters have died with the most recent loss just this past Sunday. Brian Hughes, 33, was killed when a tree fell on him. He will be remembered at a memoral service in Fresno on Saturday.

One of the few structures destroyed in the Ferguson Fire was a cabin in the community of El Portal.

The cabin was used by Warriors Escapes, a non-profit that cares for military veterans, first responders, and their families.

A total of ten structures have now been destroyed and nearly 700 more remain threatened.

Get the latest on wildfires burning across California here.
EMBED More News Videos

An evacuation order has been issued for Yosemite Valley due to multiple road closures caused by unpredictable fire, not fire danger.

Mandatory Evacuations:
These areas are currently under a mandatory evacuation: 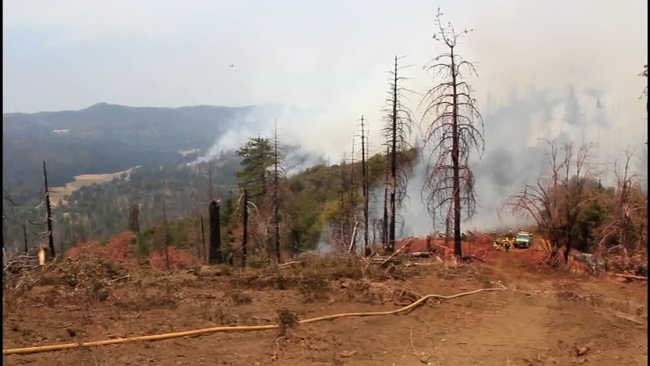 How coronavirus pandemic will impact firefighting this wildfire season 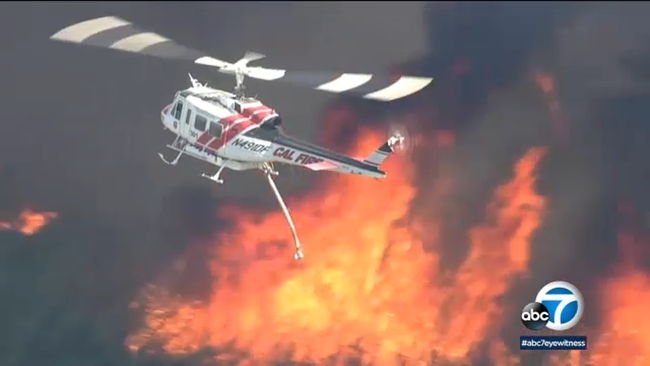