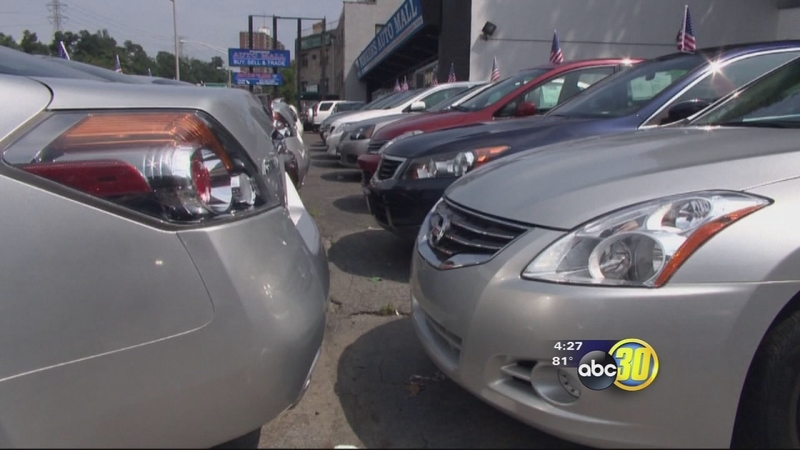 FRESNO, Calif. (KFSN) -- Car sales are up, and Americans now have one-trillion dollars in outstanding car loans and leases.

Last year, about 29 percent of new cars were financed with loans lasting longer than 72 months. But Consumer Reports says extended-length loans are rarely a good idea. You'll probably be charged a higher interest rate, and you'll end up paying more for the car over the life of the loan.

For example, a 2015 Volkswagen Jetta. With a 48-month loan, Consumer Reports found financing of 1.99 percent. The total amount you would pay in interest over the loan is about $700. With a 72-month loan with financing at 2.49 percent, your total interest would be more than $1,300. It would be even higher for an 84-month loan.

And with an extended-length loan, there will be a longer period of time when the car is worth less than what you owe. If you want to trade it in or sell it during that time, you won't get enough money to pay off the loan. And if it's totaled in an accident, the check from your insurance company may not be enough to replace it.

You should also consider where you'll get your loan. More than 70 percent of car loans are financed at a dealership, but that may not be the best option. Local banks, credit unions, and online banks may be able to offer you a more competitive loan at a lower interest rate.

So the key to getting the best deal on a car loan is to put as much time into researching it as you do researching your new car.