To offset Fresno's budget shortfall, the mayor said they could be forced to cut police officer and firefighter positions.
KFSN
By Nathalie Granda 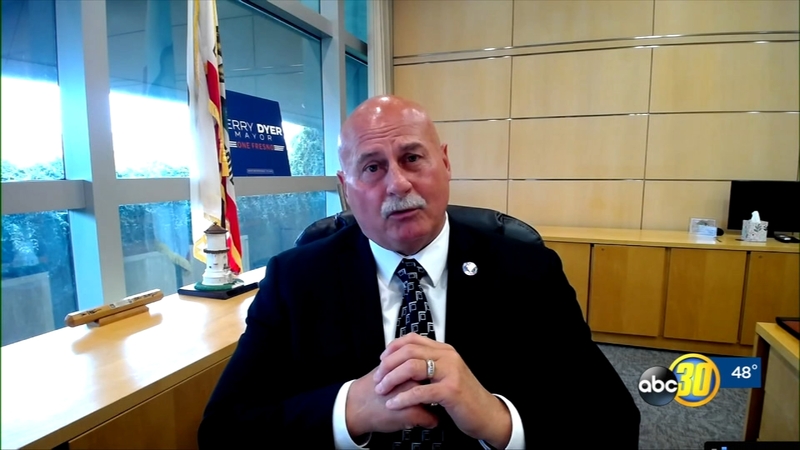 Dyer said he's putting politics aside and putting people at the forefront of his plea, saying stimulus dollars are crucial to help save jobs and save housing in Fresno.

"We need help, and I'm asking them for help," he said. "The stimulus dollars are needed. We have people facing evictions, landlords who have not been paid their rents... The longer this goes on, the more likely we're going to see people make difficult decision for their family their businesses."

Dyer on Tuesday spoke about the city's massive $31 million budget shortfall, stemming from the COVID-19 pandemic.

To offset the costs, Dyer said they could be forced to cut police officer and firefighter positions.

"I'm going to do everything I can to get assistance for people here," he said.

The city of Fresno recently received $15.8 million for emergency rental assistance in January, aimed at making sure landlords are given overdue rent.

The Central California Apartment Association vice president, however, said it's still an issue, especially for what he calls 'mom and pop' landlords.

A federal eviction moratorium aimed at preventing renters from eviction is currently in effect, and set to expire at the end of March.

He said that currently, the city is owed more than $5 million in water and trash.