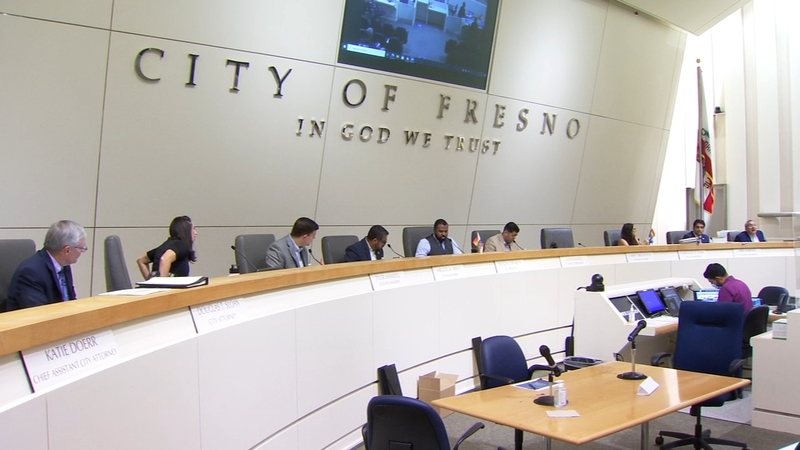 FRESNO, Calif. (KFSN) -- Some budget motions easily passed at Fresno City Hall, such as setting aside $1 million to replace playground equipment at Woodward and Roeding Parks.

Police Chief Paco Balderrama hopes to add 120 officers over the next 15 months.

"Motion 37 to increase the incentive for lateral officers hired from 10k to 20k."

That motion would make it more lucrative for experienced officers to join the Fresno Police Department..

"We can't retain officers," says Fresno City Councilmember Mike Karbassi. "Anyone who can work in Clovis or Dinuba, make more money and have less violent calls is going to do that."

But the motion was voted down.

The department is budgeted to bring on 10 Community Service Officers but Balderrama would like to ultimately add 30 more CSO's.

"We looked at funding those on a staggered basis, so we had 10 coming on that would be funded at 75%," says Mayor Jerry Dyer.

"This was really designed to increase the level of customer service so that when folks get burglarized or vandalized or a break in, somebody actually shows up at their door to take a report," says Fresno City Council President Luis Chavez.

That motion also failed as well.

Staffing is also an issue with the Fresno City Fire Department.