KGO
By Michael Finney and Renee Koury
MENLO PARK, Calif. -- If you are one of the millions of Americans rushing to get your taxes done right now -- a little advice: Stop rushing.

"Sure enough, I made a typo. I turned two numbers around," said Nicholas Hall of Menlo Park.

His tiny mistake sent his tax refund to the wrong person.

"That person, a woman apparently, withdrew the money and it was gone."

And Hall absolutely could not get it back.

"No recourse for me for a simple mistake I made,'' Hall said. "So therefore, somebody else gets a free $672 deposited into their account magically, no punishment."

RELATED: Worried about the tax law changes? Here's what you need to know about filing your taxes

Hall has been trying to get his money back since last year, when he used an online tax prep service that didn't have a copy-and-paste feature. He had to type in his bank account and routing numbers by hand -- about 25 digits in all.

That's when the mistake happened.

"I made a simple typo on a very long string of numbers,'' he said. "It was very frustrating because it seemed there should be a way to correct that kind of mistake.."

The Internal Revenue Service noticed the error, but the State of California did not. It deposited his $672 state tax refund directly into the account -- the one with the wrong number.

"They said sorry we already sent the money. Uh oh," Hall said. He told his bank, Fidelity Investments, to get the money back out. "They couldn't give it to me because they weren't sure it was actually mine."

Hall's money had already landed in the woman's bank account and Fidelity said it needed her permission to take it back out. However, the company said, the woman was not responding to any attempts to reach her.

"I said, 'what do you mean you can't reach her? She's a customer,' '' Hall said, recalling his exasperation. Weeks later Fidelity said it was too late.

"She already withdrew the money, so there's nothing we can do," said Hall. He could not believe there was no fix.

RELATED: BAD NEWS: Your tax refund is probably going to get smaller

"This isn't cryptocurrency. This isn't bitcoin, right?," Hall said. "This isn't the Wild West, or at least I didn't think so."

He contacted 7 On Your Side. We contacted Fidelity and the Franchise Tax Board.

The state said if a tax refund goes to the wrong account, it asks the bank to return the money, if possible, or identify the person who received it. The state would then try to recover it from that person.

RELATED: When is Tax Day 2019? What to know about last day to file and pay taxes

Fidelity sent us a statement, saying:

"Misdirected deposits are 'complicated,'" telling us, "Fidelity attempts to work with both affected clients to come to an acceptable outcome. In this case, following an extensive review, we resolved the issue."

How? It sent Hall a letter acknowledging 7 On Your Side had contacted the company on his behalf, and apologized for his frustration. Finally, it gave him the $672 as "a gesture of goodwill."

"Thank god, and thank god for 7 On Your Side," Hall said.

The IRS apparently noticed the mistake because Hall owed money to the federal government and the IRS could not pull the money from an account with the wrong number.

But the state had no problem depositing money into the wrong account.

The IRS doesn't promise to help retrieve misdirected federal refunds. But the state Franchise Tax Board does have a process for at least trying to get misdirected money back.

Here's what the agency tells 7 On Your Side:

-- When a taxpayer requests a direct deposit, but transposes numbers or mistakenly provides an incorrect routing number or checking/savings account number, the taxpayer's refund may be misdirected to an incorrect account.
Best case scenario, there is no account at the taxpayer's financial institution matching the incorrect account number, so the refund will "bounce" back to the Franchise Tax Board and we re-issue it to the taxpayer as a paper check and put it in the mail.

-- If FTB contacts the bank, but the person who received the erroneous refund closed their account: If the bank is unable/unwilling to return the funds but provides information concerning the misdirected deposit recipient (individual's name and address), the FTB will transfer funds from the recipient's FTB account back to the taxpayer and treat the recipient's account as a collection account. We credit the taxpayer's account and re-issue the refund.

-- If the bank does not cooperate/provide any information, FTB is cannot re-issue the refund to taxpayer.

The instructions to our tax forms warn:

Caution: Check with your financial institution to make sure your deposit will be accepted and to get the correct routing and account numbers. The FTB is not responsible for a lost refund due to incorrect account information entered by you or your representative.

FTB cannot reverse a refund to the wrong account without the bank's cooperation. The bank either has to return the funds to us, or notify us of the person who erroneously received the refund.

This is a great time to remind taxpayers requesting direct deposit refunds to double- and triple-check their banking information for accuracy on the return before submitting it for processing.

FTB does everything it can to try to re-issue the refund to the taxpayer, but the bank's cooperation in providing an account holder's name and address is required to do so.

In many cases, FTB sends multiple refund recall letters and letters requesting the erroneous account holder's information to the bank.
Report a correction or typo
Related topics:
personal financemenlo parkbankrefundirstaxes7 on your side
Copyright © 2021 KGO-TV. All Rights Reserved.
TAXES 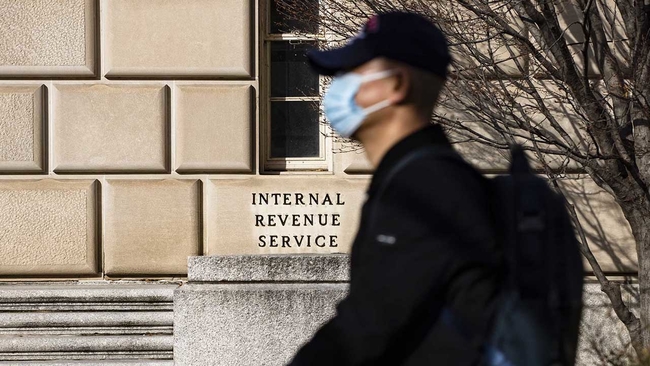