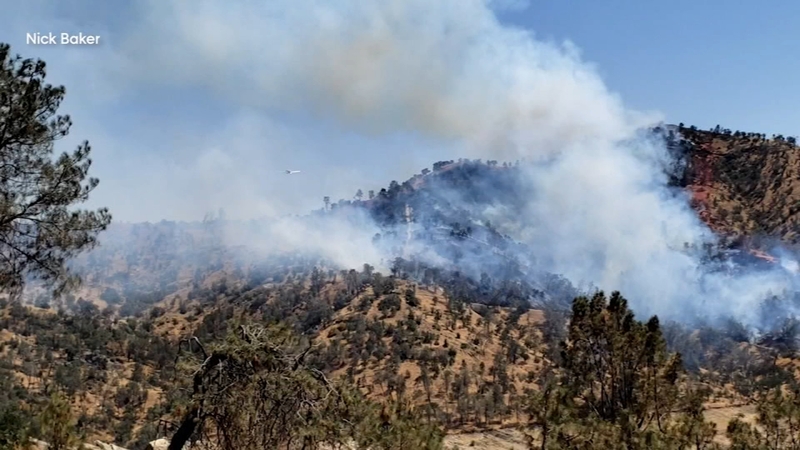 As of Thursday night, officials say the fire burning near Fine Gold Recreation Area has scorched 63 acres and is 65% contained.

The wildfire also prompted a quick response from the Fresno County Sheriff's Office.

The department's EAGLE One helicopter searched for hikers and ultimately rescued three people that were along Pincushion Trail.

"We found those two hikers together. We landed, put them in the helicopter, and flew them to the boat launch. We found another person and got them out safely," says Tony Botti.

Crews on the ground faced challenges with winds and terrain as they pushed through to contain the fire.

"We're looking at 25 mph on the mountaintop so that is impacting us. Also, the steep terrain and limited access, our personnel has to hike and we can't just take engines up there," Cal Fire Assistant Division Chief Michael Bowen said.

Doreen and Mike Carter live in the area and said they saw fire engines speeding by before they saw the smoke.

They're not surprised a fire broke out.

The Carter's say there has been an increasing number of visitors, and more patrolling is needed.

"This has happened a number of times already where there is fireworks, smoking or drugs, and fires get started," Doreen said. "The sad part is we're not getting much backup.".