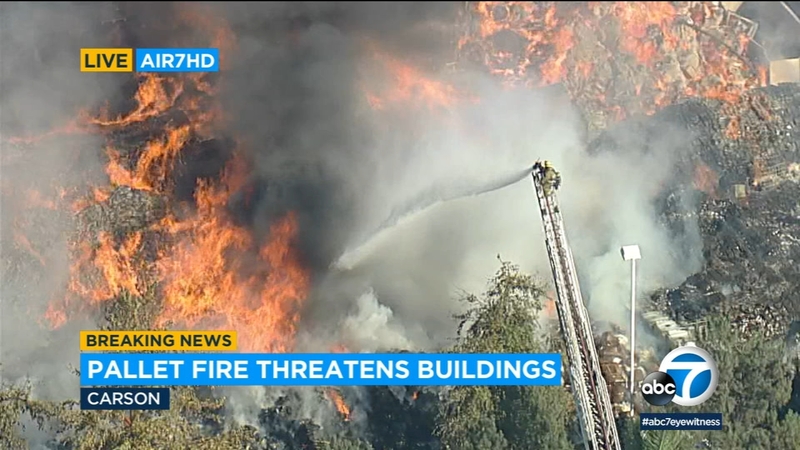 CARSON, Calif -- More than 75 firefighters are responding to a massive 3-alarm fire at a commercial facility in Carson Thursday afternoon, according to authorities.

Video from above the scene shows the fire being fueled by hundreds of burning pallets.

The Los Angeles County Fire Department says it received reports of fire and smoke coming from the rear of the building.